SMC Student Film Accepted into the American Pavilion at Cannes 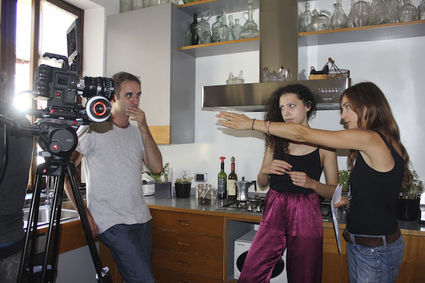 SMC student and director of "Spaghetti Romance" Carrie Finklea (right) on set at CinemadaMare in Italy.

Santa Monica College (SMC) says that "Spaghetti Romance"-a short film written and directed by SMC student Carrie Finklea-has been accepted into The 20th American Pavilion Emerging Filmmaker Showcase during the 2017 Cannes Film Festival. SMC is the only U.S. community college represented in the showcase; other student filmmakers featured hail from School of Visual Arts, UCLA, USC, and the American Film Institute, among others.

The third SMC student film to screen at The American Pavilion, "Spaghetti Romance" was co-produced by SMC and CinemadaMare, an Italy-based international and traveling film festival for filmmakers from over 65 countries. Four SMC film production students-including director Carrie Finklea and lead actress Ronja Jansz-were selected to participate in the festival last summer. "Spaghetti Romance" was one of the many films shot during CinemadaMare 2016.

"Spaghetti Romance"-which will screen in the Emerging Filmmaker LGBTQ Showcase category-is set in Sicily, where the protagonist, Abby, meets her girlfriend's conservative mother for the first time and has to bridge cultural and generational gaps.

"It's a great honor and responsibility to attend Cannes representing Santa Monica College, where almost half of the filmmakers are women-something far above the current state of affairs in Hollywood," said Finklea. "I want to continue making films that have something to say and that represent women with equity, complexity, and dignity."

A total of 25 short films and documentaries by emerging filmmakers from around the world were selected for the showcase focusing on themes as diverse as the refugee crisis, terrorism, climate change, and bullying. "This year's showcase promotes cultural diversity amongst the films and filmmakers and I'm excited that more than half of the finalist films are directed by women," said Monika Skerbelis, Programming Director. 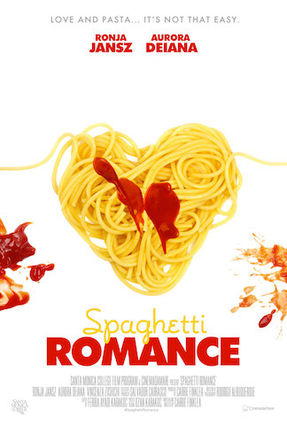 "Spaghetti Romance"-a short film directed by Santa Monica College film production student Carrie Finklea and coproduced by SMC and CinemadaMare-has been accepted into the 20th American Pavilion Emerging Filmmaker Showcase during the 2017 Cannes Film Festival. This is the third SMC student film to screen at the showcase.

"The mission of SMC's film program is to provide the highest level of education at the lowest possible cost, and to ensure that our students' films have artistic integrity and challenge the world we live in," said SMC Film Professor Salvador Carrasco, who heads the film production division. "'Spaghetti Romance' is the perfect example of this; we couldn't be prouder of the work produced by our student filmmakers."

SMC offers an Associate of Science degree and Certificate of Achievement in film production. To learn more, visit http://www.smc.edu/filmproduction or email [email protected] The film program-as well as the films that come out of it-is on YouTube as the "Santa Monica College Film Program" channel.