SMPD Officer Detained in Taiwan on Weapons Charge, Gun in Her Purse

TSA says Ofcr Noelle= Grant passed through the checkpoint with a firearm, because of lack of procedures 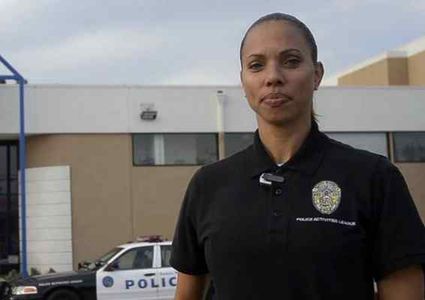 An 8 year SMPD veteran faces 5 years in a Taiwan jail, when she "simply forgot" that she had a Luger pistol and 6 bullets in her carry on handbag. Taiwanese customs came upon the weapon, which somehow was not detected at LAX, and that's potentially the greater story. It means that TSA policies failed to detect a pistol.

Noell Grant's odyssey began when she arrived at Taoyuan International Airport near Taipei. Authorities detected the weapon in her bag. She told airport police in Taiwan that she accidentally left her pistol and six bullets in her handbag, according to the Reuters news agency.

If convicted of the weapons charges, Grant, 42, faces up to two years in prison, according to the Taiwan media. Her husband could not be reached for comment.

Taiwan courts ordered Grant not to leave the country on April 13, after she entered Taiwan with the pistol and ammunition. She's free on bail.

The Transportation Security Administration "has determined standard procedures were not followed and a police officer did in fact pass through the checkpoint with a firearm," TSA Public Affairs Manager Nico Melendez said in a statement Wednesday.

When asked if anyone would be disciplined, he said, "we'll hold those responsible appropriately accountable."

The Santa Monica Police Department was notified last week that Grant had been detained at an airport in Taiwan during a layover to Thailand, Santa Monica police confirmed Wednesday. Grant was on vacation with family at the time, said Lt. Saul Rodriguez, the department's public information officer.

"We know that she left out of here - out of LAX - arrived in Taiwan, at which point she notified officials in Taiwan that she inadvertently left a weapon in her bag, being the gun that was found," Rodriguez said.

According to the SMPD's Rodriguez, Grant was carrying a "personal, off-duty" weapon, not a service weapon. He could not say whether Grant, who has been in contact with one of her department supervisors, has been booked or charged with any crime in Taiwan. She's dealing with potential legal proceedings in that country, he said.

"My understanding is she's able to move about, (but) she cannot leave the country until the matter is resolved," Rodriguez explained.

Asked whether the incident could affect Grant's status as a police officer, Rodriguez said it was not yet clear.

"At some point, we will be doing an administrative review of what happened," he said. "Hopefully she gets back safely, and we'll take care of the administrative portion of it when she returns."

Ali Abbas, professor of public policy and engineering at USC, said the incident was "definitely a surprise," particularly because regular screening is "pretty intense."

"A security chain is as strong as its weakest link, and it shows us that we are still vulnerable," Abbas said. 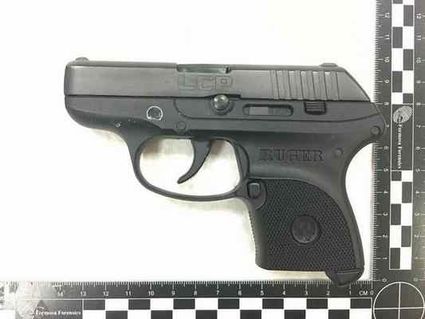 Taiwan Police released this photo of the Luger pistol that SMPD's Noell Grant carried in her purse and through security at LAX.

"If there was a personal relationship that led to a violation of standard procedure ... this should be investigated immediately," he said. Abbas is researching TSA programs alongside a former TSA chief risk officer, Kenneth Fletcher, with an eye toward increasing their efficiency.

If the oversight was made due to negligence of a security officer, that's also a concern and raises the question of whether TSA should increase the number of security officers at the airport, he said.

"I think it's human factor that led to this," Abbas said. "Whether it's personal relationships or negligence or lack of training, screening at airports should be capable of detecting a gun."