A strike by members of the Sunnyvale Employees Association (SEA) that begins at 12.01 a.m. May 1 is expected to last for several days, inconveniencing City residents and leading to substantial interruptions of City services.

Many other City services will not be available for the duration of the walkout, and others will be limited to weekend-level staffing.

Residents can expect limited services at the Senior Center, Library and Community Center, and there will be no counter service for City departments, including the City's One-Stop Permit Center.

The SEA scheduled Monday's strike after turning down an increased offer by the City last week that included a one-time signing bonus worth an average of nearly $6,000 per employee, plus a revenue-based bonus – on top of the City's last, best and final offer. After increasing its wage offer several times during negotiation, the City's offer includes a 10 percent wage hike during the next 14 months, continuing generous health benefits and a 30 percent pension contribution above salary (with employer and employee share combined). The signing bonus would make up most of the wages SEA members have missed since the expiration of the last labor agreement in June 2015.

"The compromise proposal the City made last week illustrated our willingness to reach a fair and reasonable settlement, but the SEA refused to change their position and instead scheduled a strike," said Sunnyvale Mayor Glenn Hendricks. "Work stoppages like this impact our residents the most, which is what is most disappointing about the union's decision."

Even without the City's offer, SEA members already average just over $123,000 in wages and benefits, and the City's offer would place them well above market average when compared to similar employees in neighboring communities.

The SEA's bargaining position moved little over the two years of negotiations, which ended last June when the union declared an impasse and broke off talks. SEA's last formal proposal called for a 17 percent wage hike, increased health benefits, and a 27 percent pension contribution above salary. The SEA demands would cost $82 million more than the City's proposal and would result in layoffs and lasting service cutbacks.

Meanwhile, Sunnyvale's budget has already been hit over the past 12 months by $300 million in increased expenses due to the reforms of the CalPERS pension system. Like other California cities, the City is bracing for additional reforms that are expected to cost even more.

"By any measure, the offer we have on the table is fair and reasonable, particularly given the need to absorb CalPERS increases that have already reached $300 million and are expected to rise even further in the near future," said Mayor Hendricks. "A strike does not change the fact that the City Council has a responsibility to manage its finances in a sound and reasonable way and according to the voter mandate in the City Charter, which requires a 10-year balanced budget."

City officials noted that the SEA is confusing the general public into believing its members have not received a salary increase for the past five years. In fact, SEA members received a cost-of-living increase of 3 percent in July 2014. Since that agreement expired in 2015, SEA has turned down numerous City proposals for substantial wage hikes and a continuation of generous benefits that were consistent with agreements reached with the City's other bargaining units.

"We are not happy that employees have not received a cost-of-living increase during the time that we have been bargaining. But it is worth noting that the City Council has increased its offer multiple times while SEA has not demonstrated a willingness to reduce its demands, instead choosing to strike. As late as last week, when SEA requested to return to the table, the City Council increased its offer, but SEA did not move," said City Manager Deanna J. Santana.

The SEA represents a broad range of workers, including a number who play key roles in maintaining public health and safety. SEA employees deemed essential, such as wastewater treatment plant supervisors, water quality control chemists and public safety records specialists, are reporting to work during the strike. 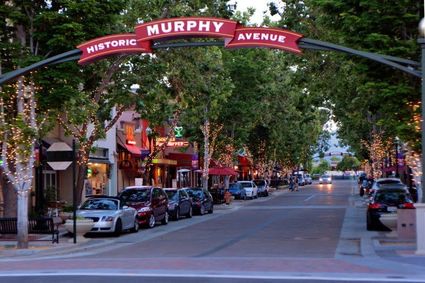 Residents and visitors should refer to the City website at http://sunnyvale.ca.gov/ for updates on the status and duration of the work stoppage.