The son of a Texas sharecropper, at 5 he got pocket knife and began making toys from wood

Ray Ford, 89, Carves His Way Through a Century of Art 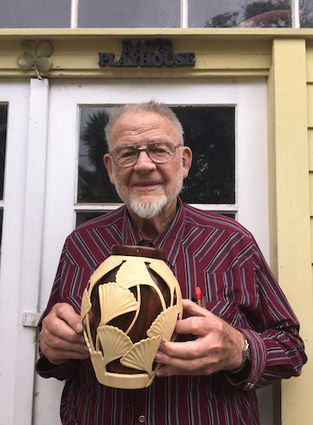 After a number of jobs related to wood working, Ray Ford struck out on his own and created hand carved birds that sold in galleries and stores.

Ray Ford has pursued art his entire life. Now in his 90th year, the artist is most known for his wooden sculptures...each piece carefully crafted and original.

Born the son of a poor sharecropper in the Texas Panhandle during the depression and dust bowl years, on his fifth birthday he received a pocket knife and started making his own toys from wood. He also did drawing. Years later, he discovered painting "I was in the countryside and there was such beauty all around me...I remember, this overwhelming feeling came over me. All I wanted to do was paint, so I went home and started painting." However, he found he much preferred to work with natural materials.

Throughout his life he invested his time in various art forms. "The art world has changed a lot", said Ford. He began doing leather tooling, making belts, wallets and jewelry. "It was really in", said the artist. "But it was a short-lived fad." After a number of jobs related to wood working, the artist struck out on his own and created hand carved birds that sold in galleries and stores all over California. Now retired, he has been creating for his own amusement.

Ford said he was looking forward to his art reception. He will be showing all original works...no two are the same. Hand carved, delicate and beautiful, non-functional bowls, plates, vases and goblets...exquisitely created art pieces. For additional info on Ray Ford and to see his work online, check out his website at http://hrayford.com/

Artist Louise Marler aka LA Marler is well known for her Vintage Typewriter, Retro Camera and KeyWord mixed media art, her work has been included in the Smithsonian National Museum of American History. Actor Tom Hanks is a fan of her work and sponsored a recent art project.

A photographic pop artist, Marler incorporates a variety of media into her work such as painting. She is constantly working on multiple series and often goes back and forth between them. She explains, "One idea leads to another and it doesn't happen in a formal way."

For this exhibition she will be showing her "camERA" light boxes and mixed media, with the Keyword mixed media art. Her "camERA" works illuminate her works from behind offering art lovers a unique experience to viewing art.

Marler has exhibited her art nationally and it has been featured in film and TV shows, such as, Two and a Half Men, Curb Your Enthusiasm, The Mentalist, Criminal Minds, Reba, Bernie Mac, Rules of Engagement, Hawthorne, The Newsroom, A to Z, upcoming in Nickelodeon, Friends with Benefits, and more. LA Marler and her studio were included the documentary film, "The Typewriter in the 21st Century." To find out more about the art of Louise Marler (LA Marler), see her website at http://www.lamarler.com/ 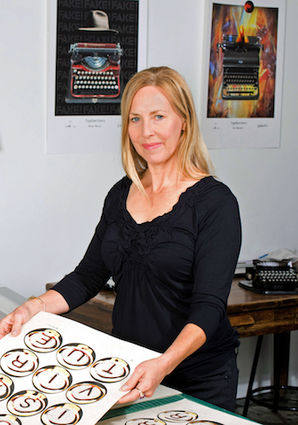 A photographic pop artist, Louise Marler incorporates a variety of media into her work such as painting.

On Saturday, June 24th 2017, the work of two artists will open in a one day only art exhibition at LA Marler Gallery (3000 Airport Avenue, Studio B, in Santa Monica). The event runs from 1- 5pm and will feature works by Ray Ford and Louise Marler.