"Not everybody loves you, baby" residents tell Mike Bonin at Public Meeting 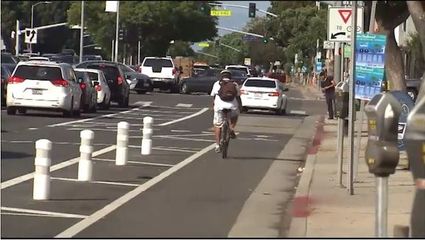 Los Angeles City Councilman Mike Bonin seems to have set himself up as the fall guy for the Los Angeles City Traffic Department's decision to narrow Venice Blvd from 3 lanes running East and West, to 2 lanes in each direction.

At a public meeting Tuesday night, residents complained to each other that the change, part of the City's "Great Street's Initiative," has made it impossible for them to drop their kids off at school and go to work.

Bonin himself was quoted by KTTV as saying the change may not be permanent. http://www.foxla.com/news/local-news/267345444-story

The City of Los Angeles recently back-pedaled from a decision to narrow Culver Street between Nicholson and Jefferson in Playa Vista from two lanes to one. That second traffic lane will be reinstalled, sometime the week of July 10, the City of Los Angeles Traffic Department has announced. Playa Del Rey Gridlock Forces U-Turn On Road Diet Plan « CBS Los Angeles, http://losangeles.cbslocal.com/2017/07/07/playa-road-diet-reverse/

CicLAvia is an Open Streets event held in Los Angeles where streets are closed to motor vehicles and open for the public to walk, bike, and skate through the open streets. Each CicLAvia event is planned by the nonprofit organisation CicLAvia. It's members "can show up at public meetings, because they don't have jobs," said one local resident. "I work, and I don't have time to attend public meetings," he said, claiming he was sandbagged by the Venice Blvd narrowing. 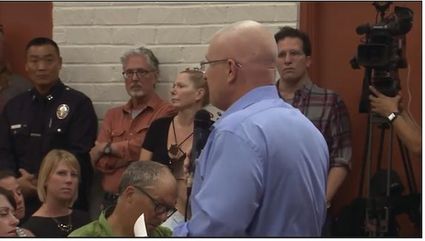 In Santa Monica, the City is considering narrowing Lincoln Blvd to one lane in each direction. Residents are in favor of the move--at least if they live on Lincoln Blvd, they favor it. Residents who live on other streets in South Santa Monica, realize that the change would only force more traffic onto Lincoln Blvd alternatives, such as 11th Street.

The City of Santa Monica "gave Ocean Park Blvd a diet" in 2012. Despite broad resident opposition, they would never consider changing Ocean Park Blvd back to two lanes in each direction.