By Adam Jackson
US Army

79th Infantry Division Based in Italy, Takes On an Africa Focus

The 79th touts lineage from the 79th Infantry Division, which fought decisive battles in World Wars I and II 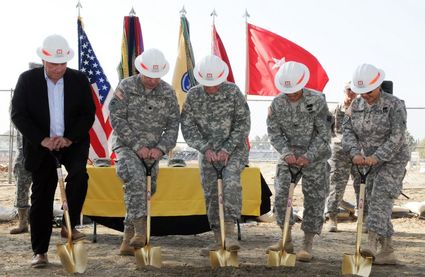 JOINT TRAINING BASE LOS ALAMITOS, Calif.- 100 years since its initial activation as the 79th Infantry Division, the 79th Sustainment Support Command transitioned to a theater sustainment command in a ceremony here Sept. 23.

With the change in unit designation comes a change in mission-from being a sustainment command with a U.S.-facing mission, to one supporting missions on the African continent. The 79th, now regionally aligned with U.S. Army Africa, an active-duty unit headquartered in Vicenza, Italy, now takes on the logistics support mission for all land forces on the African continent.

While the 79th continues to provide trained, ready, cohesive, well-led sustainment units for world-wide deployment, it is now the designated unit to deploy and sustain Army operations in the event of a crisis on the African continent. This directly supports U.S. Africa Command's mission to disrupt and neutralize transnational threats, protect U.S. personnel and facilities, prevent and mitigate conflict, and build African partner defense capability and capacity. With the help of the 79th, USAFRICOM's mission promotes regional security, stability and prosperity across Africa.

"All of you have embraced the challenge as you move from an administrative headquarters to a deployable unit," said Lt. Gen. Aundre F. Piggee, U.S. Army Deputy Chief of Staff, G-4, the head of Army logistics, during a speech at the ceremony. "You worked hard to get to this day-your leadership worked hard to get here. It's a new milestone."

Piggee noted the immensity of the new mission accepted by the 79th.

"Now it's your chance to make a difference on that continent," Piggee said. "Now you will be among the first to deploy if there is any contingency in Africa."

Piggee spoke about the sheer size of the African continent and the complexities about being called to bring sustainment to any one of 53 countries.

"Collectively, we can fit the entire United States, all of China, India, all of Eastern Europe, France, Italy, Great Britain and Spain into the ground circumference of Africa-it's truly immense," he explained. "There aren't many times in the Army where you can start something from scratch and build things up-this is one of those times. You will be the first, and I know the 79th TSC is up to the challenge ... As you were one of the first [units] to land in Normandy, some 100 years ago as the 79th Infantry Division, you will be one of the first to support Africa."

With the change in mission, comes a boost in the size of the command headquarters-from less than 100 Soldiers to about 430 Soldiers. The unit is also becoming multi-component, adding active-duty Soldiers to its ranks.

The 79th, however, is no stranger to challenging missions.

The 79th touts lineage from the 79th Infantry Division, which fought decisive battles in World Wars I and II. The 79th was first activated on Aug. 5, 1917, for WWI where the unit saw extensive combat in the Meuse-Argonne region and earned the name "The Cross of Lorraine Division" for its defense of France. The unit was reactivated for WWII on June 15, 1942, and landed on Utah Beach, Normandy, in 1944. It participated in campaigns in Normandy, Northern France, Rhineland, and Central Europe, returning home on Dec.10, 1945, after 248 days of combat.

"This ceremony is not only an opportunity to mark our transition from a sustainment support command to a theater sustainment command, it is an opportunity to celebrate our proud heritage and lineage of our unit's history; a century of serving the American people," said Maj. Gen. Mark W. Palzer, commanding general of the 79th Theater Sustainment Command.

The sustainment mission is a vital one to our nation's warfighting capabilities-and Palzer said that today, wars are won by sustaining the warfighter.

He explained that the 79th is one most well-trained and equipped units in the Army now, but that wasn't always the case.

Draftees in WWI answered their nation's call and went into battle with little training to meet an enemy that wouldn't wait, Palzer said. 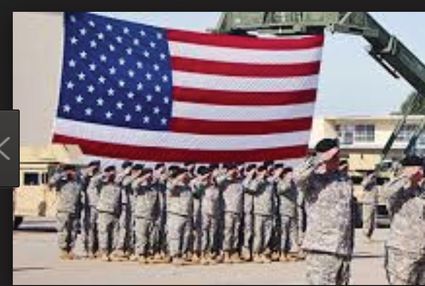 "While strategies failed and equipment ran short, the 79th fought harder," Palzer said. "During the battles of WWI, the 79th took heavy losses: over 1,000 men were killed, and there were nearly 6,000 casualties, but they never quit."

In WWII, the unit suffered over 15,000 killed, 10,000 wounded and three Soldiers received the Medal of Honor.

In keeping with the tradition of the 79th to take on tough missions, the unit, which has responsibility for 17 percent of all sustainment forces in the U.S. Army, looks forward to its next evolution.

"The work we do is vitally important, and that's why I'm so pleased to have this group by my side," Palzer said of the Soldiers of the 79th. "Together we will write the next chapters of this great command's history as we continue to meet the missions and challenges of today while preparing for tomorrow."