Tom Petty is Dead At 66, after a Heart Attack and Final Day in Santa Monica UCLA Hospital 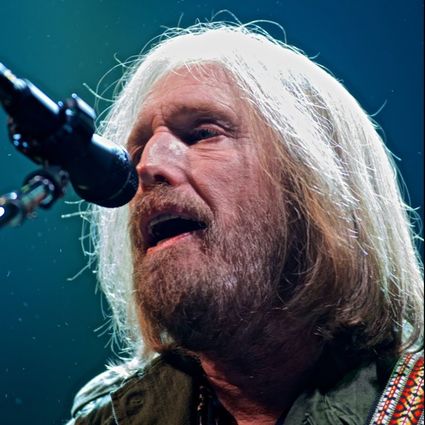 Petty was found unconscious at his home not breathing and in full cardiac arrest on Monday, October 2, 2017. Initial reports indicated that he had died, but they were later retracted as his death could not be confirmed by the Los Angeles Police Department. LAPD tweeted that they are not investigating Petty's alleged death, so they have no information. CBS News https://www.cbsnews.com/news/lapd-clarifies-cannot-confirm-tom-petty-death/

"The LAPD has no information about the passing of singer Tom Petty. Initial information was inadvertantly provided to some media sources.' tweeted the Los Angeles Police Department.

TMZ now says he is clinging to life, but not expected to survive past Monday. The 66 year old singer's wife found him unconscious Sunday night after a massive cardiac arrest. Paramedics were able to restore a pulse, says TMZ, but his family accepted the inevitability of the singers death, and support was terminated this morning.

Thomas Earl Petty (October 20, 1950 - October 2, 2017) was an American musician, singer, songwriter, multi instrumentalist and record producer. He was best known as the lead singer of Tom Petty and the Heartbreakers, but was also known as a member and co-founder of the late 1980s supergroup the Traveling Wilburys (under the pseudonyms of Charlie T. Wilbury Jr. and Muddy Wilbury), and his early band Mudcrutch.

Petty has recorded a number of hit singles with the Heartbreakers and as a solo artist, many of which are mainstays on adult contemporary and classic rock radio. His music has been classified as rock and roll, heartland rock, and even stoner rock.

His music has become popular among younger generations. In his career, Petty has sold more than 80 million records worldwide, making him one of the best-selling music artists of all time. In 2002, Petty was inducted into the Rock and Roll Hall of Fame.

In a 2006 interview on the National Public Radio program Fresh Air, Petty said that he knew he wanted to be in a band the moment he saw the Beatles on The Ed Sullivan Show. "The minute I saw the Beatles on the Ed Sullivan Show - and it's true of thousands of guys - there was the way out. There was the way to do it. You get your friends and you're a self-contained unit. And you make the music. And it looked like so much fun. It was something I identified with. I had never been hugely into sports. ... I had been a big fan of Elvis. But I really saw in the Beatles that here's something I could do. I knew I could do it. It wasn't long before there were groups springing up in garages all over the place."

One of his first guitar teachers was Don Felder, a fellow Gainesville resident, who would later join the Eagles. As a young man, Petty worked briefly on the grounds crew for the University of Florida, but never attended as a student. An Ogeechee lime tree that he planted while employed at the university is now called the Tom Petty tree (Petty has stated that he does not recall planting any trees). He also worked briefly as a gravedigger.

Petty also overcame a difficult relationship with his father, who found it hard to accept that his son was "a mild-mannered kid who was interested in the arts" and subjected him to verbal and physical abuse on a regular basis. Petty was extremely close to his mother, and remains close to his brother, Bruce.