Ad reminded some of the bad old days in America. "We Missed the Mark," says the company. 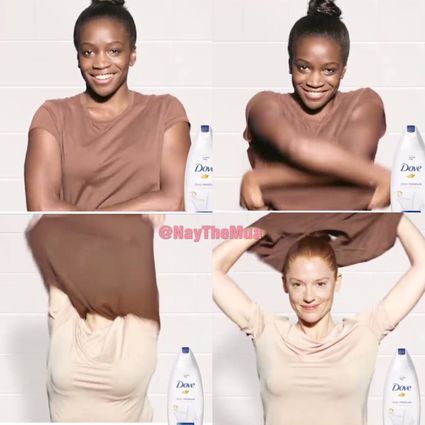 Dove Soap, a division of Unilever, posted an ad on Twitter that many saw as racist. It shows a black woman removing a brown shirt to reveal a white woman.

"I cannot conceive of how anyone at Dove thought this ad was acceptable. This is literally how Victorian soap was advertised by Unilever..." tweeted Hannah Rose .

"Let's be clear, Dove knew exactly what they were doing with their racist ad. Soap companies used to do this racist theme all the time," tweeted Tariq Nasheed‏

We missed the mark," admitted Unilever in a subsequent post which apologized for, and withdrew, the ad. "An image we posted on Facebook recently missed the mark, in representing women of color thoughtfully. We deeply regret the offense it caused," posted the company again on Facebook.

As The Washington Post's Amy B Wang wrote, there was a loud outcry from consumers, who called the ad campaign "horrendous" and a "#prnightmare." A white-supremacist group even posted on the company's Facebook page: "We enthusiastically support this new direction your company is taking. I'm glad we can all agree that #WhiteIsPurity." 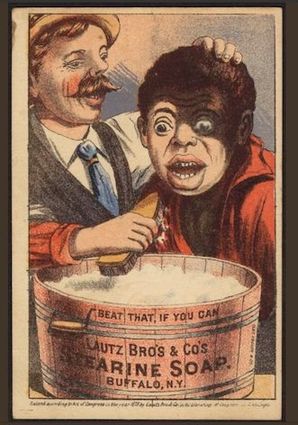 The products are sold in more than 80 countries and are offered for both women and men. Dove's logo is a silhouette profile of the brand's namesake bird. Vincent Lamberti was granted the original patents related to the manufacturing of Dove in the 1950s, while he worked for the Lever brothers.

In 2004, Dove began its Campaign for Real Beauty, followed by the creation of the Dove Self-Esteem Fund in 2006, by Geyner Andres Gaona. It purports to be "an agent of change to educate and inspire girls on a wider definition of beauty and to make them feel more confident about themselves".