The Father of the Anti-Vaccine Movement, Andrew Wakefield, Answers Questions in New Film

"I never said that the MMR Vaccine definitely cause autism. I said it's a possibility"

The mainstream media has called Dr. Andrew Wakefield, subject of the recently released "The Pathological Optimist," the "father of the anti-vaccine movement."

Dr. Wakefield, who currently resides with his family in Austin, Texas, has been on the road promoting the new documentary film, "The Pathological Optimist," which is a much more fitting description of the former academic gastroenterologist.

According to Dr. Wakefield, he is not part of an anti-vaccine movement, but more, as he says, "vaccine safety movement." In fact, the doctor pointed out that concerns about vaccines have been present for over 100 years, and gave as an example the "small pox refuse-necks."

The media has gotten more things wrong about Dr. Wakefield. He never once claimed that the measles, mumps and rubella vaccine(MMR) definitely cause autism. He said it's a possibility.

Dr. Wakefield was one of the authors of the 1998 study, published by the Lancet, a British medical journal, founded by an English surgeon in 1823.

The word "lancet" is an architectural term which suggests "light of wisdom." It's quite appropriate for the "pathological optimist," who has been struggling with the tyranny of the majority for nearly 20 years.

In 1998 when the Lancet published the paper written by a group of medical doctors, including Dr. Wakefield, it was met with controversy and hysteria. The study revealed that there was the possibility that there could be a connection between MMR vaccine, inflammatory bowel disease, and developmental regression in small children.

Dr. Wakefield did not suggest children should not be vaccinated. What he proposed, was that they get the single measles vaccine instead of the triple(MMR). The doctor said the accessibility of the single shot was stopped and that six months after he recommended it, in 1998, the UK government withdrew the importation license for the single vaccine.

In 2010, 12 years after the Lancet paper was published and 10 of its 13 authors had retracted the claim that the MMR was causally linked to autism, Wakefield's medical license was struck off the UK registrar.

The General Medical Council(GMC) in UK decided Dr. Wakefield was "dishonest" and "unethical." Investigative journalist, Brian Deer revealed hidden "conflicts of interest" surrounding the doctor. The doctor was in fact accused of receiving payment from lawyers trying to prove that the MMR was not safe.

Wakefield said, "allegation against me is that the Lancet paper and the children in that paper were recruited for the purpose of a legal action against the drug company and Brian Deer knew this."

According to Wakefield, "Brian knew it was a lie. I started getting calls from parents in May of 1995. It was only six months later that I learned of possible litigation and met with the lawyer. So the children were seen exclusively on the basis of clinical need. Temporal sequence was completely wrong and Brian Deer knew this."

By 2010, the judgment of the UK GMO's "Fitness to Practice panel" revealed that several elements of the 1998 paper by Wakefield were incorrect. The claims in the original paper that were especially highlighted, were that children were "consecutively referred," and that the investigations were "approved" by the local ethics committee have been proven to be false.

Wakefield said that the entire study was performed ethically with consent of all subjects involved. It was in fact Brian Deer's original allegations in 2004, in the Sunday Times that lead to the British Medical Journal(BMJ) proceedings against the issue of medical malpractice.

In 2004 there was only a partial retraction of the association between the vaccine and autism interpretation. As Dr Wakefield so aptly said, "you can't retract a possibility."

According to the blog, Autisminvestigated,

"Similarly, the GMC's rulings that the children in the Lancet paper were subjects of a research project that did not gain ethical approval also proved unfounded."

What really changed in the dynamics of the movement, Wakefield said, was when Dr. William Thompson, CDC insider confessed the hypothesis about how the younger the children are when they get the vaccine, the more likely they are to get autism. It is the age of exposure that most impacts the risk.

The CDC alleged research misconduct in 2004 was about falsification by omission of material results in the publication. It was in one section: the link between MMR and autism in African American males.

Dr. Wakefield wrote a complaining letter with Brian Hooker, P.h.D(Assistant Professor of Biology at Simpson University in Redding California), to the CDC about the alleged research misconduct. Wakefield said that the documents have been destroyed.

Republican Congressman, Posey of Florida at an autism hearing in 2015, claimed the CDD,

"intentionally withheld controversial findings" about the connection between the measles vaccine and autism."

Dr. Wakefield said that the study was never completed. "When I left England I don't think there was adequate follow up with these children and I think many of the children's outcome has not been good." The live viral vaccine and what is the link between the vaccine and autism is the work that was stopped by the drug companies.

"We were investigating the link, looking for evidence of virus in tissue, and produced vaccine virus was in tissue but we were not allowed to complete study," Wakefield said.

In 2001 Wakefield's study was revoked at the Royal Free Hospital, which is a national hospital " The medical school that is part of the hospital, is dependent on drug companies for research, so once you lose your job in one place for vaccine safety research, you can't continue the study," Wakefield said. 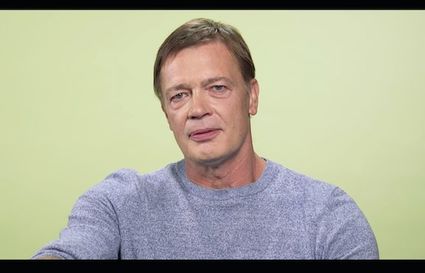 In 2004, Wakefield was invited to continue his research in Austin Texas. He said an individual there sought him out because she had an autistic child and there were no research clinics near Austin or anywhere in the states that she knew about. A research clinical center was set up and the doctor spent about six years working at the facility in Austin.

For the past several years, Dr. Andrew Wakefield has been making films. His film "Vaxxed" was released in 2016. More recently, is the documentary, "The Pathological Optimist," starring the doctor in the leading role, and directed by Miranda Bailey. The film can be seen at the Laemmle's Monica Film Center in Santa Monica.

Quit calling him Dr. He admitted that he falsified his study and he lost his medical license. There are tons of studies the prove vaccinations don't cause autism. The scientific community believes it's something within out environment but it's not vaccinations.

There is literlly so much wrong here, I'm not even sure where to start. An honest review would evaluate Wakefield's ridiculuous attempt to rewrite his past rather than simply regurgitating this nonsense.