The choice begs the question: Are City Parks for Chaos or Community? 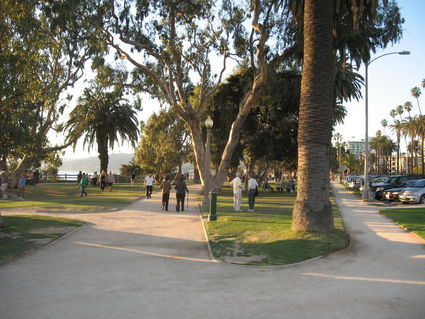 "Championing justice is not charity work. It is not meant to make anyone "feel good." And this idea that we should "win people over" by watering down our principles and approach confuses social movement building with political campaigning (where the message keeps changing according to the audience). This is not a popularity contest. Which means I'm not after your vote." ~Dr. Ruha Benjamin

The waters have settled following the commotion from the last three workshops of the Committee for Social Justice. The series will continue Sunday, October 8, 2017, at the Thelma Terry Building of the Virginia Avenue Park in Santa Monica.

The robust police presence at last month event raised concerns about the sustainability of policing events in the future. In the end, only two protestors showed up despite claims of hundreds coming to disrupt. Was it blown out of proportion? The optics were awful. SMPD Chief's Adjutant, Lieutenant Saul Rodriguez confirmed that despite a mutual aid agreement between the Santa Monica Police Department with outside agencies, costs mounted over $50,000.00.

In a statement, Santa Monica Public Information Officer Constance Farrell wrote: "The City of Santa Monica will continue to work with community partners, including the Committee for Racial Justice to ensure safe, equitable use of public space. Together, we seek a thoughtful and balanced approach that factors in CRJ's event needs and financially sustainable public safety practices."

Did agitators pick the wrong town? In the recent must-read article If you Support Racist Policies, You are Racist, Splinter news journalist Hamilton Nolan wrote: "Every time there is a high profile racist incident in America, we all must huddle together to assure ourselves that at least we are not racists. The operating definition of racism needs an overhaul".

Policy and its enforcement are where the rubber meets the road. With City Hall mural relocation demands, at-large vs. district election lawsuit debate, street food vendors decriminalization/legalization and increased gentrification leading to displacement of longtime residents, it would be interesting to see if CRJ will buckle up the same pressure to get law enforcement protection at their event, and rally support from their allies for the issues of a negligently sector of our town. Will they show the same solidarity?

American Baptist Minister Martin Luther King Jr. became the most visible spokesperson and leader in the Civil Rights Movement. Best known for his role in the advancement of civil rights using the tactics of nonviolence and civil disobedience. Dr. King based his activism on his Christian beliefs and inspired by the nonviolent activism of Mahatma Gandhi. The Church was the organizing space. Where do we go from Here: Chaos or Community? was his fourth and last book before his assassination. One of the central themes of the book's messages is that of hope.  King emphasizes that he is neither a Marxist nor a doctrinaire socialist; he instead advocates for a united social movement that would act within both the Republican and Democratic parties. Something CRJ should keep in mind as they move on to the next workshop on Sunday. 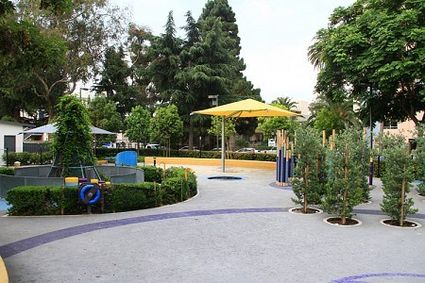 Community activists including PYFC Executive Director Oscar de la Torre, Pico Neighborhood Co-Chair, Dr. Berenice Onofre Vasquez along with National Lawyers Guild Executive Director, Jim Lafferty, Esq. have suggested the meetings to move to The Church on the Ocean Park, where they initially started. Lafferty revealed CRJ members feel they are being pushed out of the park, "because of its history it holds significance to them." he said. Steering the meetings in the right direction will reflect the core values and maturity of the organization.

The choice begs the question: Are parks for chaos or community?