"The Hothouse" onstage at Antaeus Theatre Company in Glendale, California 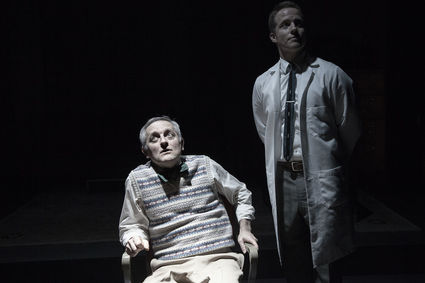 'The Hothouse' more than little crazy.

"The Hothouse" was written by Nobel Prize for Literature winning playwright Harold Pinter and is now onstage with the Antaeus Theatre Company in Glendale, California. Dual casts are directed by Nike Doukas and what is delivered is dark and powerful and utterly captivating; an exploration into the world of torture and mind control under the guise of mental health care.

Roote is the head of the institution, the man in charge, the guy at the top. All responsibility resides ultimately with him only he has come to a point where he really just doesn't care much anymore. He was an Army Colonel but those days of power and focus are long gone. Others on his team of senior staff seem divided. One tends to follow along the degenerating path of Roote while Gibbs seems to be far more focused to the task. As their story plays out it becomes increasingly clear that the line between those incarcerated in the institution and those who run it is vanishing as they may well be equally insane. However those in charge have the power and in fact do submit those under their care to acts of severe torture just to keep them in line.

As the story unfolds there are abundant doses of very dark humor along with a growing realization that the very dark and ugly story unfolding has a very real relationship with conditions that in fact continue to exist and may very well be even growing in our modern world. As a result watching this performance evokes both the joy of humor and the deep dark pain of some realities and the two are inseparable.

Also along the path of this magnificent tale the prospect of murder emerges as a very real possibility. But exactly who gets murdered and by whom remains a mystery until eventually after a long dark ride a stunning reality emerges from the chaos.

This is in some ways not an easy story to follow but it is also impossible to ignore. There is not a moment when what is transpiring on stage doesn't grab and hold the audience completely. By final curtain the feeling is simply but deeply Wow!

"The Hothouse" is dual cast. On the day I saw the show the cast was "The Ducks" consisting of Peter Van Norden as Roote, Graham Hamilton as Gibbs, Jocelyn Towne as Cutts, JD Cullum as Lush, Paul Eiding as Tubb and John Apicello as Lobb all superb in their task. But whichever cast you may see I promise you will be completely entranced. The Antaeus Theatre Company has a long standing and well-deserved reputation for delivering at the peak of the art and "The Hothouse" is no exception. 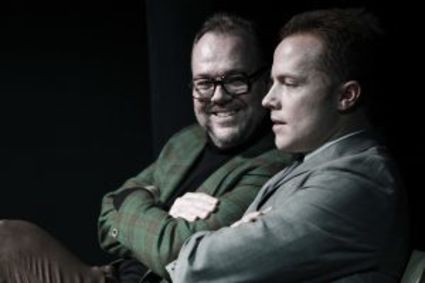 "The Hothouse" runs now through March 11th at the Kiki & David Gindler Performing Arts Center, 110 East Broadway, Glendale, California. Further information including ticketing and reservations are available by calling 818-506-1983 or online at: http://www.Antaeus.org.

For other reviews, art, books and more visit: http://www.ronirwin.net.