manager of the Standard Hotel in Hollywood remembered as a world traveler, a dog rescuer 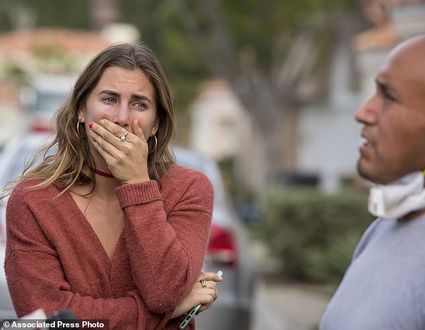 Watzman, the manager of the Standard Hotel in Hollywood, was remembered as a world traveler, a dog rescuer, and a person with a zest for life. "She was working very hard at Resort management," said a friend. She was part owner of the Santa Monica triplex where she lived. 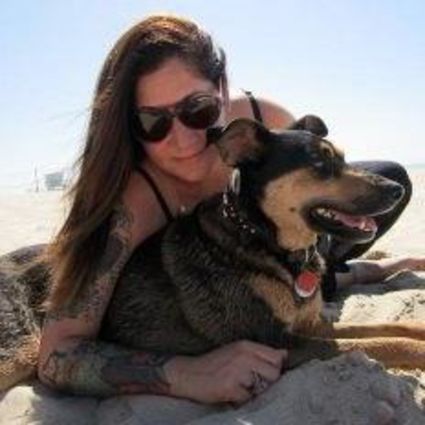 Kim Watzman, 45, manager of the Standard Hotel in Hollywood, was remembered as a world traveler, a dog rescuer, and a person with a zest for life

The helicopter crashed Tuesday 1:45 p.m. into three homes, including the yard and wall of a home. A piece of the tail rotor was seen lodged in the tiled roof of a home across the street.

Newport Beach police said there were four people on the Robinson R44 light helicopter and one on the ground who was also apparently struck by some debris from the crash.

Those killed were the pilot and two passengers, and a third passenger survived, according to the National Transportation Safety Board and Federal Aviation Administration who spoke at a morning press conference. The fifth victim, described as a house painter, was treated and released with minor injuries.

A woman was home at the time, but was in the kitchen and did not suffer any injuries.

The helicopter is based out of John Wayne Airport in Santa Ana, which is only about a mile from the crash site, and was headed for Catalina Island. Watzman and Tena were on the way to a Standard Hotel retreat on Catalina.