In the original games Apollo lost to Thor in the men's Alpine downhill race eleminating him from contention for having a day of the week named after him. 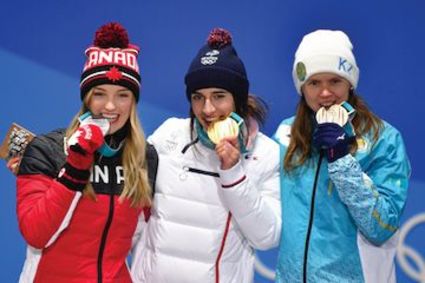 1. The closing ceremony is a recording of the opening ceremony, played backwards #FakeOlympicsFacts. Carl Hult

2. The Canadians actually apologized for winning so much. #FakeOlympicsFacts. --Innocent Illusion (Diana)

There is an Olympic medal for lying

5. if you don’t watch the Olympics your country will loose--Aissa

6. The guy from Tonga was actually there to be competitive and not just as eye candy.

7. They had planned to have dog sled racing at the winter Olympics this year but they changed their minds because Korea hosted it. The Gnurb

8. You have to have a figure to figure skate. Sue Zarrar

10 . Women who are on their period are not allowed to participate in the biathlon because bears could smell the menstruation. #SafetyFirst