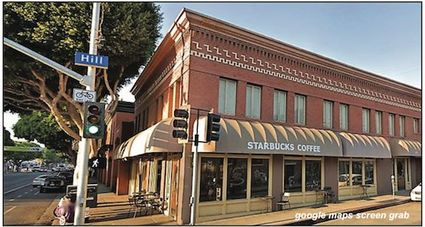 Bill Cosby and his wife sold the Starbucks building at Main and Ashland in 2015 for $11 million. They have been liquidating all their LA County properties, says the Hollywood Reporter

80-year-old disgraced comedian Bill Cosby, who has been found guilty of aggravated indecent assault, has been quietly selling off millions of dollars' worth of Los Angeles properties accumulated during his many years as a Hollywood icon and father-figure.

Many of the properties are connected to C.O.C. Real Estate, LLC, which lists Camille Cosby, his wife, as the principal. Though it is unclear why the Cosbys have decided to sell, it is likely linked to the years of court battles he anticipates related to multiple assault charges that have been filed against him over the last three years.

In 2015, when Los Angeles Police first began investigating the allegations, he sold a property at 3008 Main Street in Santa Monica for $11.8 million.

Among his current listings are two additional Santa Monica Main Street properties with a combined $26 million-dollar value. A 8,668-square-foot brick building at the corner of Main and Hill is valued at $20 million and zoned for retail and office space. Its ground floor tenant is a Starbucks. A separate parcel of land at 3016 Main St. is a parking lot at Marine Street on the market for $5.7 million. It is a 6,024 square feet lot and has the potential for a 4,018-square-foot building.

The listing agent for the properties, Eric Kessler, hung up when The Hollywood Reporter asked for comment.

Cosby faces up to 10 years for each of the three felonies for which he has already been convicted. Sentencing is expected within the next two months. Cosby remains free on $1 million bail. The judge in the trial confined him to his home in Pennsylvania home until he is sentenced.

Cosby's legal team has vowed to appeal, a process that could take years. At least 10 civil suits are pending with accusations of sexual assault or defamation.