“Powerful Words: The Page Onscreen” was the theme, nitrate and Technicolor the technologies 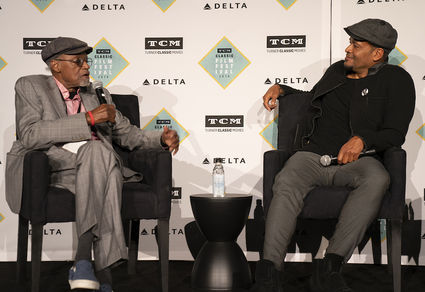 The TCM Classic Film Festival celebrated its ninth consecutive year in Hollywood. This year, the festival’s theme was “Powerful Words: The Page Onscreen”, showcasing a wide variety of classic films in a multitude of genres. The festival featured original screenplays, unique adaptations, and portrayals of writers, real and imagined.

The festival also presented moviegoers with a unique opportunity to see a selection of both black and white and Technicolor films as they were originally projected on cellulose nitrate film stock. Nitrate film stock is the highly flammable, highly degradable film stock used by the movie industry up to the early 1950s. Very little nitrate film stock has been preserved, and what is left has often degraded to the point of no longer being viewable. This year, in partnership with the UCLA Film & Television Archive, moviegoers were treated to a Technicolor nitrate screening of “Leave Her To Heaven” (1945), as well as black and white nitrate screenings of “A Star Is Born” (1937), “Stage Door” (1937), and “Spellbound” (1945). 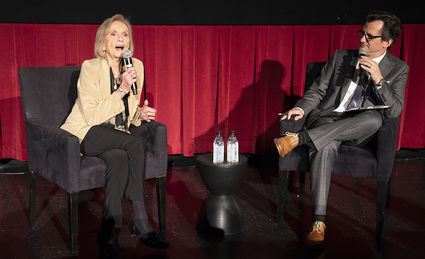 Actress Eva Marie Saint and TCM Primetime Host Ben Mankiewicz at the screening of "A Hatful of Rain" (1957) at the 2018 TCM Classic Film Festival.

Martin Scorsese received the inaugural Robert Osborne Award in recognition of his work as a celebrated director and film preservationist for over fifty years. The award was presented to him by actor Leonardo DiCaprio. The festival also honored screen legend Cicely Tyson with a hand-and-footprint ceremony outside of the Chinese Theater, a ceremony which was officiated by Director Tyler Perry.

If you love classic movies and would like to see them on the big screen, go to “http://filmfestival.tcm.com” and sign up for the TCM Classic Film Festival Newsletter so you can get the inside scoop on next year’s festival and the availability of festival passes and individual tickets.