Harvey Weinstein Speaks: My Side of #metoo is "Women Want to be Taken"

In Smuggled manifesto, Weinstein calls himself a "Master Seducer, not a rapist" 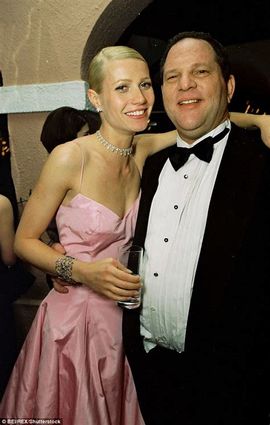 Gwyneth clung to my arm at the Academy Awards, then threw me to the dogs 20 years later, when it suited her. Which of us has questionable ethics?

My story has been smuggled past my handlers, across my ankle bracelet, over the objections of my attorneys, and to you, my mostly male fans and followers.

I assume you've read the cascade of stories from women, first documented by Ronan Farrow in the New Yorker, then picked up by the NY Times.

I, once the most powerful man in the capital of the entertainment industry, have fallen so far so fast that I no longer care what fate awaits me. Bring it on, prosecutors! Trust me, karma is a bitch sometimes. But I nevertheless feel a need to explain to posterity just what happened. My side of the story, if you will, because every story has 2 sides.

Have you read their stories? Each expresses indignation and hurt that I, a socially powerful and wealthy man, would barter my fame with them in exchange for what I wanted and needed from beautiful provocatively dressed young women. As if modern Hollywood were somehow different than the rest of the world throughout human history. So shocking!

Take Gwyneth Paltrow, for example. She claims that when she was 22 and a young aspiring actress (and the daughter, let's not forget, of a successful actress and a director); that I invited her to my hotel room to discuss her career. She says that I met her in a bathrobe, that I asked her to give me a massage, to drink white wine with me, to watch me pleasure myself, all as part of her art. She says that she refused and left.

So what? I still cast her for the lead in Shakespeare in Love, a film for which she won an academy award, and for which she would later profusely thank me at 3 awards ceremonies. Because in Hollywood, actresses came to me to become successful, and this leads us to the first awful truth everyone overlooks:

1. Nothing separates the successful actress (or actor) from 100,000 aspiring talents who go nowhere. They are all just as talented as each other. Believe me, I've spent a career at the top of this industry, and I can tell you every girl and boy is just as good as every other girl and boy. We are all actors and actresses. They are interchangeable parts, actors and actresses are, and they know it.

This brings us to another inconvenient truth that I want to get straight, which is: 2. I am no more predatory than other men.

That's right; your husband, your sons and father and brothers want sex as badly as I do, and prefer to have it with young attractive women. I was just in a position to get it, from any woman I wanted, any one who asked me for a part in a picture. What would you do?

The last man ever to be in such a situation was Genghis Khan 1000 years ago. And he fathered a thousand children, each one with a different mother. I suppose 10% of them said they were raped, and 90% said Genghis was a great lover as they pocketed the blessings of his power and fame. Which leads me to a third uncomfortable truth that everyone knows: 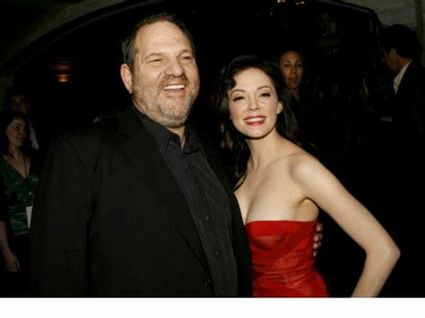 Rose McGowan and I had only passionately concensual sex

3. Women want to be taken. That's right, they want to escape any responsibility for their own sexual choices, to be able to say they were forced, coerced, overpowered. I don't believe that women want to be raped. I am a master seducer not a rapist.But they do want a powerful male to grab their hands and force them down on the edge of a hot tub at a hotel near Sundance, and make hot love to them, as I did 20 years ago with my most public accuser.

When I met Rose McGowan, she was a struggling actress with merely one role in an independent film to her name. Would she have been cast in "Charmed" without my tutelage, my support; and yes, my love? Of course not.

And how does she thank me? By tweeting "we got you, Harvey Weinstein, we got you." This after 20 years of fame and fortune, she decided to revive her flagging career by throwing an old lover to the dogs.

Well you go girl. Like Mersault in Camus "the Stranger," I look forward to hearing your howls of execration. All of you. Is this because I alone know the truth? No. It's because we all do, all of us in Hollywood, all the adults anyway. But I alone can say it.

Is this satire, or for real?

This is despicable and disgusting and he is utterly delusional.