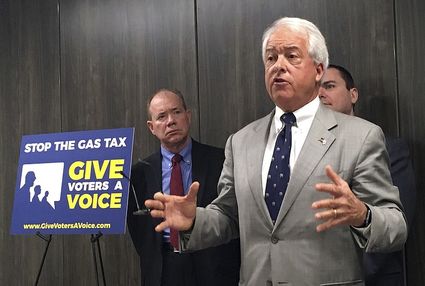 John Herman Cox is an American accountant, businessman, broadcaster, attorney, and politician. He is a Republican candidate in the California gubernatorial election, 2018

At today's meeting the members of the Southern California Republican Women and Men voted by a two-thirds majority to endorse John Cox to be the next Governor of California, the Group announced.

"We consider it critically important that a Republican make it to the top 2 on June 5. While some of us may have preferred Travis Allen, we recognize the necessity of unifying behind the Republican candidate who has objectively established a decisive lead. A THIRD-PLACE FINISH BEHIND ANTONIO VILLARAIGOSA IS NOT AN OPTION!"warned the group in a statement.

A Republican at the top of the November ticket is necessary for its own sake, but also is critical to boosting our down-ticket candidates, who may otherwise be massacred. Additional candidates endorsed by vote of two-thirds of members present:

In addition to the above endorsements, the following propositions and judgeships were discussed and recommendations are made without a formal vote, based on surveys of respected sources such as Craig Huey, Gary Aminoff, the Pacific Palisades Republican Club and Tim Donnelly.

Alfred A. Coletta (present at the meeting to address the members and guests)

Various members recommend Michael P. Ribons, who has attended our meeting in the past

1) SCRW&M strongly recommends that you do NOT mail in your ballot. If you have a mailable ballot, take it to the polling place on Election Day, hand it to the staff and verify that you see them drop it into the box. There is credible concern of fraud related to mail-in ballots. See https://www.electionintegrityproject.com

2) Finally, DO NOT FOLLOW THE RECOMMENDATIONS OF SLATE FLYERS DELIVERED BY THE U.S. POSTAL SERVICE! Read the very very fine print. These are NOT endorsed by any official Republican Party organization; they are simply advertising that the candidates pay for. Some may be legit, but many are Trojan Horses, paid for by Democrats. Don't be fooled by clever phrases like "Republican Revolution" and photos of Ronald Reagan. As one of our members demonstrated today at the meeting, one mailer titled "Democrat" an another titled "Republican" were 90% identical and obviously came from the same print shop.

Not gonna happen for Cox, Travis Allen is the grassroot candidate and we are in to win!