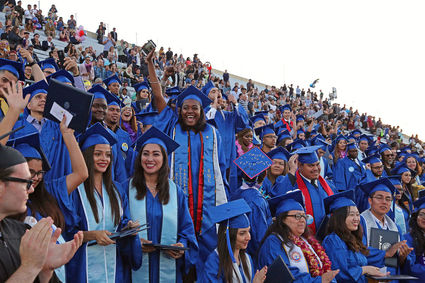 Santa Monica College's graduates celebrate at the 2017 commencement. This year's commencement ceremony-SMC's 88th-will be held at 6 p.m. on Tuesday, June 12 and will feature Nely Galán as commencement speaker, and the college's first 18 baccalaureate graduates will receive a Bachelor of Science degree in Interaction Design.

Santa Monica College's 88th commencement ceremony will be held at 6 p.m. on Tuesday, June 12 at Corsair Field, said the school in a press release.

About 675 of the more than 4,500 students who have earned degrees and certificates are expected to take part. Like other 2 year schools, SMC has many part time students.

Among the graduating students will be SMC's first baccalaureate graduates: 18 students who have earned the Bachelor of Science degree in Interaction Design.

In 2015, The California Community Colleges Board of Governors selected Santa Monica College to be among 15 community colleges in California that would offer baccalaureate degrees as part of a pilot program.

The graduation speaker will be Nely Galan, a former President of Entertainment for Telemundo. Galan is an Emmy Award-winning producer of over 700 shows in English and Spanish.

The ceremony will be webcast. After the ceremony, the SMC Alumni Association will host a reception on the Quad. 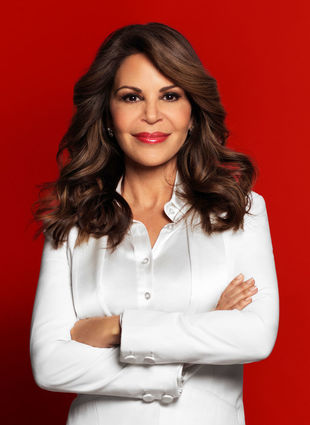 Former President of Entertainment for Telemundo Nely Galán-an Emmy Award-winning producer of over 700 shows in English and Spanish, and the New York Times bestselling author of SELF MADE, Becoming Empowered Self Reliant and Rich In Every Way-will be the 2018 commencement speaker at Santa Monica College. SMC's 88th commencement ceremony will be held at 6 p.m. on Tuesday, June 12 at Corsair Field.