Diagnosed With Parkinson's Disease, Anthony Bourdain Decided to Quit Rather Than Fight

Like Robin Williams, Anthony Bourdain could not face a diagnosis of Parkinson's disease

Anthony Bourdain's suicide on June 8th followed his diagnosis with Parkinson's Disorder 3 or 4 months ago, according to multiple sources.

"3-4 months ago I posted that I thought Anthony Bourdain was showing signs of a neurological illness (Parkinson's) and may be why he committed suicide. So sad. Bourdain was a brilliant tv story teller," said one close associate on social media.

It didn't help that Bourdain had recently been dumped by actress Asia Aregento. The Italian bombshell decided she didn't want to be taking care of a Parkinson's patient in her 40's, it seems. Bourdain's mental state was certainly adversely affected by Argento dumping him, as has been widely reported.

According to Britain's NHS, early warning signs of Parkinson's disease include insomnia, loss of the sense of smell, constipation, dizziness and sweating. In addition to all these, Bourdain manifested a "Masked Face," starring off into the distance. The Northwest Parkinson’s Foundation says, “it’s easiest to recognize by a slowness to smile or frown, or staring off into the distance,” along with less frequent blinking. This had been noted about Bourdain in recent months

Depression and a diagnosis of Parkinsons often go hand in hand. Parkinson’s patients “tend to feel apathetic and generally disinterested in things they used to enjoy,” which are from the symptoms of sadness or helplessness that those with primary depression often feel. Robin Williams is now widely believe to have killed himself for the same reason.

There is an internet rumor that Bourdain's girlfriend actress Asia Argento had recently dumped Bourdain. It is possible that the breakup was a contributing factor.

Parkinson's disease (PD) is a long-term degenerative disorder of the central nervous system that mainly affects the motor system. The symptoms generally come on slowly over time. Early in the disease, the most obvious are shaking, rigidity, slowness of movement, and difficulty with walking. Thinking and behavioral problems may also occur. Dementia becomes common in the advanced stages of the disease

On June 8, 2018, Bourdain was found dead of an apparent suicide by hanging in his room at the Le Chambard hotel in Kaysersberg, France Bourdain was traveling with friend Éric Ripert who worried when he missed dinner and breakfast. Christian de Rocquigny du Fayel, the public prosecutor for Colmar, France, said "not much preparation and premeditation went into the act, and leads us more in the direction of an impulsive act," adding that, "at this stage, nothing suggests the intervention of a third party". He added that Bourdain's body bore no signs of violence, and that toxicology tests would determine whether drugs or medications were involved. Bourdain was working on an episode of Anthony Bourdain: Parts Unknown in nearby Strasbourg, France.

Anthony Michael Bourdain, 61 was an American celebrity chef, author, travel documentarian, and television personality who starred in programs focusing on the exploration of international culture, cuisine, and the human condition. He was considered one of the most influential chefs in the world by many commentators.

Bourdain was a 1978 graduate of The Culinary Institute of America and a veteran of numerous professional kitchens in his career, which included many years spent as executive chef at Brasserie Les Halles in Manhattan. He first became known for his 2000 bestselling book Kitchen Confidential: Adventures in the Culinary Underbelly. His first food and world-travel television show was A Cook's Tour, which ran for 35 episodes on the Food Network from 2002 through 2003. In 2005 he began hosting the Travel Channel's culinary and cultural adventure programs Anthony Bourdain: No Reservations (2005–2012) and The Layover (2011–2013). In 2013, he switched to CNN to host Anthony Bourdain: Parts Unknown. 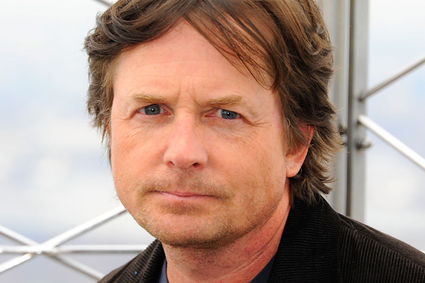 Though best known for his culinary achievements and television presentations, along with several books on food and cooking and travel adventures, Bourdain also wrote both fiction and historical nonfiction.

You don't cite any reliable sources and it's irresponsible of you to put out there that he'd been diagnosed of this disease. No mention of it was his autopsy. There are many sites that are now citing your post as if it were fact...it's NOT.

not much preparation and premeditation went into the act, and leads us more in the direction of an impulsive act supports the likely autoerotica mishap theory.

That Bourdain is said to have decided to quit rather than fight is a poor choice of words for this article's title. You can't fight the kind of Parkinson's Bourdain was diagnosed with. Bourdain suffered from a particularly wretched version, Lewy Body, so people shouldn't compare him to Michael J. Fox and his particular struggle with Parkinson's. Within a few years I watched a dear friend endure the diagnosis, effects, and death from Lewy Body. It was not pretty, including hallucinations and dementia, and eventual existence at a nursing home, drooling and eating pureed food. Though I personally don't advocate suicide as a way out, I can understand why someone with such a diagnosis would consider it.

he top ten states are more of the Northern states where people are few. People that has no one to hug, hold hand, talk to tend to let the flesh or imagination take over. Introspection can be deadly serious. Celebrities and rich or proud people have very few lifelines. They are the loneliest people because they have to keep the show on the outside with inside tortured. They have to look tall under the devil's clutch. And when their last lifeline is gone, they are in free fall. The thief comes to steal, kill and destroy and I come to give them life and life more abundantly.Said Jesus.