Proof once again that astrology does work. 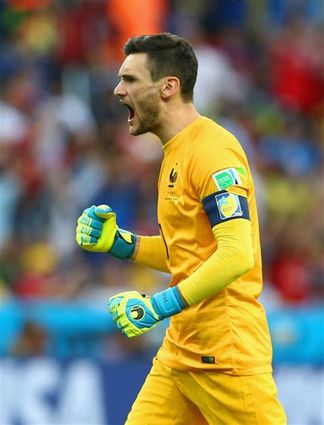 Astrologer; Hugo's France Will Win The World Cup; proving once again that astrology does work.

They say it is all written in the stars. Destiny is not something anyone can escape from. For centuries, pundits have been using Astrology predictions for election astrology but the principles are the same and can be applied in the case of sports outcomes as well. With the tightly contested FIFA world cup happening in Russia presently, lets take a look and see if we can predict a champion this year.

It is a bit trickier to predict the outcome of a Team sport than an individual sport, like tennis for example. Its easier to predict the winner of a tennis match between Roger Federer and Rafael Nadal as one can look at the two charts in question and delineate which one is stronger with the aspects and transits on that particular time and day of the match. There will always be one stronger than the other.

But in team sports like soccer, you have 11 players to look at. And also the coach and manager become important as what happens to the team will be reflected in the coach/manager.

But the most important person on a soccer side is the captain. He is the master and commander of his team and his chart would surely reflect a victory or a loss. I have taken the liberty of looking at all the captains from the round of 16 during this year's tournament.

I'm looking for some specific traits, which I will go into later in this article. Essentially you have to look to the signification of victory amongst the planets. This planet would be Jupiter. There are a few others as well such as Mars, which signifies fierce competitor and Sun, which indicates success and limelight. But outright victory would be the realm of the planet Jupiter. How do we study Jupiter in someone's chart? We look to see the condition of Jupiter in their natal chart but ore importantly; we have to see what transiting Jupiter is doing to the natives chart at that particular point in time. Not everyone will win all of the time. It comes down to timing. A better player can loose to a lesser player because on that day, his skill set failed him or the planets were not aligned in his favor that day.

There are other indicators too. Saturn of course signifies hard work and effort but also delays and obstacles. In hard aspect is can show someone who is being denied a victory but in a positive aspect, it would show that the person has worked hard and been rewarded with his efforts by a victory.

Neptune is a planet of fantasy and dreams. When it is aspecting an important planet in ones chart, it shows a fairy tale like finish. Like dreams coming true and the fantasy becoming real. It's like a movie with a happy ending.

I've looked at some of the hot favorites including Lionel Messi, Cristiano Ronaldo and Neymar, but their charts did not have enough of the powerful transits on this particular 4-week period to see them to the finish. Another time, the results might have been different. There are some other obscure teams that I felt simply did not have the juju to go the distance. A weak team, which is not supportive, will not be able to take a strong captain to the finish line and we have seen this with Messi's Argentina.

So which captain does show the most potential under these given circumstances? Well I'm proud to make a bold prediction here. My pick is Hugo Loris.

Hugo Loris is both the goalkeeper as well as the captain for the French national team. He was born on 26th December 1986, at 4.15pm in Nice, France. During the week of the final, we see a very activated birth chart.

Lets break it down.

His Sun is in the steely sign of Capricorn in the 7th house of competition, fame and "other" people. It is conjunct Neptune, the dreamy idyllic planet making for a fairy tale like fame when triggered. Transiting Saturn is almost exact to this conjunction. Saturn is the planet that balances the books and rewards you for hard work and effort. With Saturn hovering over Hugo's Sun/ Neptune conjunction, it should rewards him for hard work over the years and suddenly throw in the limelight in a global way over his opponents and other teams.

Jupiter the planet of good luck, abundance and popularity is in Pisces in his natal 10th house. The tenth house is traditionally associated with fame, legacy and being a public figure. Transiting Jupiter is making a trine here, the most favored aspect, to his natal Jupiter. Trines activate some of the best luck in someone's life. Jupitarian trines in particular being the most good fortune and benevolence. With Jupiter trining his natal Jupiter currently, this is some of the highest elevation he may experience in his career, his legacy and fame.

This alone is a huge aspect.

Transiting Neptune, the fairly tale planet, is kissing his natal Jupiter making dreams come true in the area of fame and honors.

Hugo has a loaded 6th house of competition, with several planets in it. This indicates that that he is very competitive and has the potential to always have victory over his competition when triggered. Transiting Venus another planet of success and honors is trining his Mercury and Uranus conjunction. This shows a sudden and unpredictable victory over competition. Perhaps France was not always the hot favorites to win this tournament so if they did win, it may come as a surprise to at least some people.

There are other smaller positive, fruitful aspects as well being activated in his Hugo Loris's chart.

To sum up up in simple terms, Hugo Loris has a strong, competitive chart to begin with and has some powerful transits taking place at present. Planets of success and honors are triggering important planets and houses in his chart. They seem to be doing all the right things. 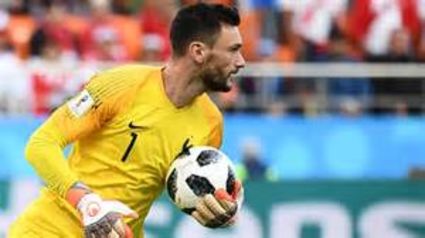 Astrologer; Hugo's France Will Win The World Cup once again that astrology does work.

This is my astrological conclusion. Anything can happen of course on the day of the final. There are many other variables. The condition of the chart of the opposition teams' captain is of utmost importance. If that happens to be stronger the chart we have discussed here today, then the result will be different. At this present time we don't know what this opposition team is so I have made my predictions with the information I have at hand. This is how astrological predictions work. But the potential for Hugo Loris and France to win is immense and portrayed strongly by his planetary alignments.

We will find out on the 15th of July. I do hope the victory goes to Hugo's France as it only proves yet once again that astrology does work. Whichever team wins, it will be a thrilling game and may the best team win.

The writer is a well-known professional astrologer. If interested in reading, please contact the editor and request more information. [email protected]