Snowboarder seemed happy, but hid a dark world of depression and bipolar disorder 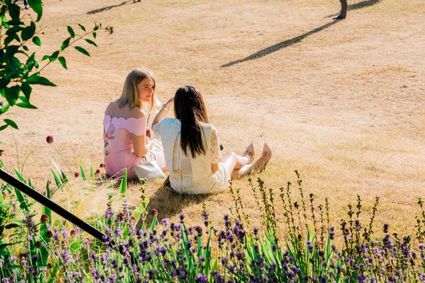 Final Ellie Soutter Tweet: "Can't wait for the rest of this year with @lewismith5 30 days till Paris 61 days till Bali 147 days till Iceland"

British Snowboarder Ellie Soutter has died of an apparent suicide. She was just 18 years old.

"She was in great spirits and was really just the lovely Ellie that she is. You could never have anticipated this. This is the last photo we can find of Ellie and it shows her as the beautiful person she was and will always be." tweeted her father.

Ellie, who lived in the French Alps with her dad Tony, had travelled back to the UK with her father last month for a family wedding. Another color photo shows Ellie, dressed in pink, happily chatting with a friend on the grass.

The 18 year old clearly had plans for the immediate future . Her last tweet was "30 days to the British open..."

Tributes Pour in for Snowboarder Who Suddenly Died on 18th Birthday: 'Heaven Gained Someone Special' ... Following the sudden death of Ellie Soutter, a rising star in British snowboarding who died on her 18th birthday, Soutter's friends and family are sharing touching tributes.

Ellie Soutter (25 July 2000 – 25 July 2018) was a British snowboarder. She won a bronze medal at the 2017 European Youth Olympic Winter Festival in the snowboard cross.

Soutter was from Oxted, Surrey, England. Her parents, Tony Soutter and Lorraine Denman, divorced when she was young and Soutter and her father moved to Les Gets in the French Alps when she was 9 years old. She attended local schools until 2015, at which point she was home-schooled for two years.

Soutter first learned to snowboard at the age of 10. She was a member of the inaugural British Europa Cup snowboard cross programme, and specialised in the freestyle, freeride and snowboard cross events. She began competing in international events in the 2016 snowboarding season, coached by French Olympic snowboarder Déborah Anthonioz. 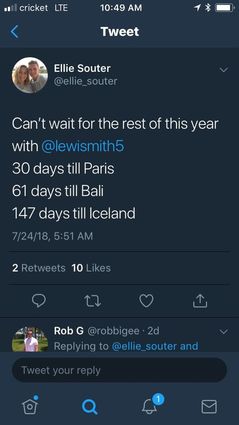 Soutter won Great Britain's only medal at the 2017 European Youth Olympic Winter Festival, a bronze in the snowboard cross, and was also the team's flagbearer at the closing ceremony.

In 2017 she was nominated and shortlisted for the Ski Club of Great Britain's Evie Pinching Award, an annual award for young snowsports athletes. Soutter had been selected to represent Great Britain at the Junior Snowboard World Championships in New Zealand in August 2018.

Soutter committed suicide in woodlands near her French home on 25 July 2018, her 18th birthday. https://www.thesun.co.uk/news/6889537/ellie-soutter-death-final-photos-team-gb-snowboarder/