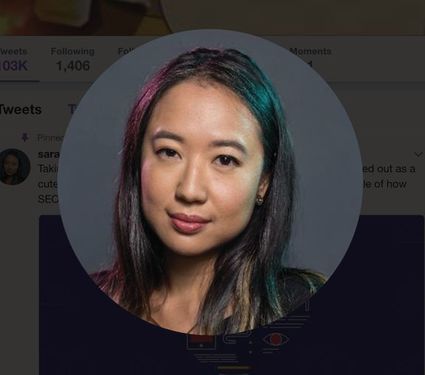 Sarah Jeong has 85K followers on Twitter, which will no doubt double

The hiring of a reporter with apparent racist tweets is stirring up the Deplorables on social media. Sarah Jeong replied by posting some rather astonishing commentary about white people, which would definitely get her fired at say, Fox News, had she written the same stuff about any other group.

I am not part of an institution that systematically oppresses white men," tweeted Jeong on Wednesday, August 1. "White men are not oppressed. And in closing, please fuck off. Thanks for coming to my TED Talk."

The New York Times won't back down from its decision to employ Jeong despite several derogatory tweets of hers aimed at white people, which came to light after she was hired. FoxNews has been forced to fire numerous older white men, because of comments they made or women they clumsily hit on.

"Oh man it's kind of sick how much joy I get out of being cruel to old white men," Jeong wrote in July 2014 in one of several old messages that have gone viral.

Social media reactions first flared on Wednesday with images of incendiary tweets from an unverified Twitter account that looked to belong to Jeong. They surfaced shortly after The Times announced she was joining the paper. The Times issued a statement on Thursday declaring that it had reviewed her social media history during the hiring process and was standing by the decision to bring her aboard.

"We hired Sarah Jeong because of the exceptional work she has done ... her journalism and the fact that she is a young Asian woman have made her a subject of frequent online harassment. For a period of time she responded to that harassment by imitating the rhetoric of her harassers," The Times said in a statement. "She regrets it, and The Times does not condone it."