'What Is Real. The Life And Crimes Of Darnell Riley.' 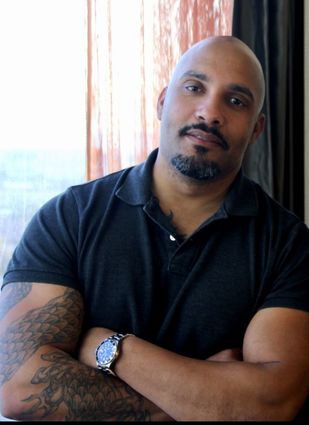 Hundreds of guests came out to support critically acclaimed author Riley Perez at his book signing at Diesel Bookstore in Brentwood. His book, 'What Is Real. The Life And Crimes of Darnell Riley' is receiving rave reviews and there is talk of a movie already.

Guests were entranced as Riley read excerpts from his much anticipated ground breaking book.

The riveting book is a must read for summer and tells Riley's story of a fateful day on January 22, 2004, Darnell Riley broke into the home of Girls Gone Wild founder, Joe Francis. Throughout the night he filmed a blackmail video, and arrange for payment so that the video didn't go viral. 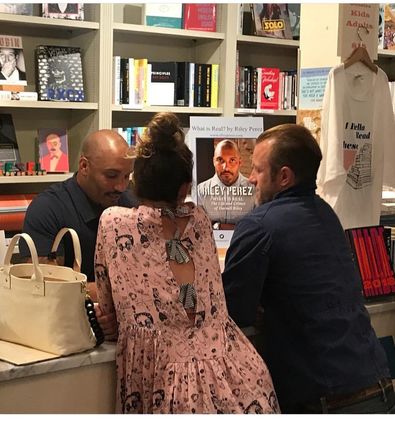 Actor Scott Caan and his wife gets his copy signed

What Is Real: The Life and Crimes of Darnell Riley explores the nine years he spent in the custody of California's Department of Corrections and Rehabilitation. On his journey from facility to facility, we see how Riley had to adjust to the reality that the rules inside the walls are not perfect, but if followed, they would allow you to survive. From county lock up to the historically violent Corcoran State Prison, where he shared facilities with Charles Manson and the gang leaders whose influence extend beyond the confines of the walls, the author confronts the question of which version of himself is real―the young, mild-mannered kid from Los Angeles, known to his friends and family as Riley Perez, or the man who pleaded guilty to robbery and attempted extortion, known to the State of California as Darnell Riley.

With neither self-pity nor self-aggrandizement, this memoir takes a cold hard look at a life of crime, the toll it takes, the reality of life inside California's prisons, and the price paid by an inmate's friends, family, and loved ones.

To learn more about Riley Perez and get your copy of his riveting book please go to: http://www.RileyPerez.Com