Rent Control with Teeth: Prop 10 Means the End of Costa Hawkins in California

If Costa-Hawkins is repealed, cities and counties will have the authority to implement rent control 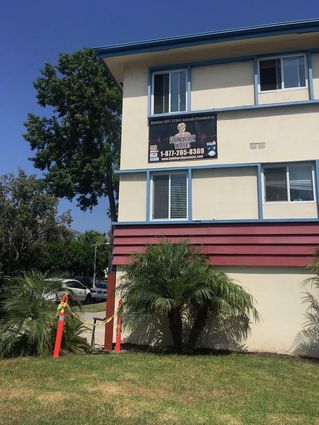 Proposition 10, otherwise known as the Affordable Housing Act, will be on the California ballot on November 6, 2018. A vote yes, by repealing the Costa-Hawkins Rental Housing Act of 1995.  Prop 10 would grant local governments throughout the state the ability to adopt rent control.

Costa -Hawkins set limits on rent control policies throughout the state and Prop 10 will give cities new tools to protect affordable housing.

The opposition says that Prop. 10 will only worsen the housing crisis by expanding rent control because, according to a 2016 report from the Legislative's Analysist's Office, "likely would discourage new construction."

The Costa-Hawkins Rental Housing  was signed by Governor Wilson in 1995 (AB 1164). It places significant limits on the ability of California cities to enact rent control. The three main provisions of the act are, it prohibits cities from applying rent control for any single-family home or condo and any apartment constructed after February, 1995, it prevents cities from establishing rent control or capping rent on units constructed after 1995, and it exempts single-family homes and condos from rent control restrictions.

Costa -Hawkins prohibits cities that established rent control laws before the passage of the Act, in 1995, from expanding rent control in apartments built after 1978 in Los Angles.

The rent control law of Los Angles, the Rent Stabilization Ordinance(RSO). which was passed in 1979, restricts rent control to units built prior to October 1978. For Costa-Hawkins, that means that apartments built in the city after 1978 were exempt from the RSO, the city's rent control ordinance. The implications of this part of the Act is that long-term tenants who pay below market rate rents could be pressured to move out in favor of tenants who can afford to pay higher rent rates, according to Vote Yes on Prop 10.  (https://voteyesonprop10.org)

If Costa-Hawkins is repealed, cities and counties, according to the "Say Yes on Prop 10," campaign, will have the authority to implement rent control. The opponents of Prop 10 say expanding rent control could exacerbate a statewide housing shortage and scare off developers worried about policy changes in cities with rent control, according to Curbed-LA.

Since the 1995 passage of Costa Hawkins, landlords of buildings built after 1978 are able to set their own rental rates and change them at any time, provided they give proper notice to tenants. Under the Los Angles ordinance, RSO, landlords have a rent increase cap of three to eight per cent, but this only applies to buildings constructed before October, 1978, since Costa-Hawkins.

Assembly member Richard Bloom introduced a repeal bill of Costa-Hawkins last January, but it failed. According to Bloom, repealing Costa-Hawkins would only give cities more flexibility when setting rent control policies. Cities would still have to go through the process of passing legislation before the repeal would be actualized. Bloom also said that new construction by itself would not solve the affordable housing crisis.

President of the AIDS Healthcare Foundation(AHF), Michael Weinstein, the state director of Alliance of Californians for Community Empowerment Action (ACCE Action),  Christina Livingston, and the founder and executive director of Eviction Defense Network, Elena Popp, filed the statewide ballot initiative nearly a year ago, on October 23, 2017. Prop 10 was filed with the Attorney General's office as the Affordable Housing Act, and was a citizen's initiative born out of grassroots community groups such as ACCE along with AHF.

The AHF state director, Michael Weinstein, contributed 99 per cent of the campaign financing funds for the Prop 10.

Last Wednesday, August 29th, ACCE along with a coalition of community groups, and renters, took to the streets of downtown Los Angeles where they marched and held a demonstration by one of the Essex Property Trust properties.

The Essex and Equity Residential Co-Chair of  the No on Prop 10 campaign have contributed $2,408,10.00 and !, 707, 400.00, respectfully.  Blackstone is another major contributor the campaign, and gave $894,200.00. The CEO of Blackstone Group is a partisan Republican and one of Trump's generous donors, according to Yes on Proposition 10.  Also, " These corporations and their top executives have made millions while benefitting from and contributing to California's housing crisis," said Yes on Proposition 10" campaign.

"The Rent(The Rent) is too damn high(Too High)," was one of the chants at the demonstration. One of the talking points shared by ACCE  were that Prop 10 "does NOT force any community to adopt any rent control measures that would not be a good fit for their own housing situation."

Other  talking points were, Prop 10, "Encourages new constructions by keeping longtime residents in place and channeling new residents into new housing." and "Protects landlords' right to a fair return on their property under the state constitution."

According to Tom Bannon of the California Apartment Association (CAA), one of the three PACs formed to oppose Prop 10, the initiative would make the housing crisis in California worse because rent control would discourage investment.

The other two PACs that have formed the opposition to Prop 10 are the California Rental Housing Association(CalRHA) and No On Prop 10. The combined contributions that the three committees had raised was $28.81 million. Michael k. Hayde of Essex Property Trust, Inc. was  on the top of the list of the top five contributors, contributing $3.76 million.

The Coalition for Affordable Housing is leading the Prop 10 campaign, organized by AHF and ACCE. The coalition raised $12,54 million, with AHF providing $12.43 million. According to the founder of AHF, Michael Weinstein, his organization is interested in  rent control from the point of view of social justice and public health. "We are seeing mass displacement. And we feel like shelter is the most basic right and people are being deprived of that and we don't believe that the market place can handle providing shelter to everyone who needs it."

I've always believed that those who live closest to a given block or a street know what's best. Local government should have control over their own city."[21]

Here is the official argument for Prop 10:

"The rent is too damn high! Voting YES on Proposition 10 will free our local communities to decide what rent control protections are needed, if any, to tackle the housing crisis. Prop. TEN protects TENants."

According to one of the opponents to Prop 10, the associate editor of the Sacramento Bee, Erika D. Smith, rent control is, "imperfect, blunt-force policy tool that could very well make the housing crisis worse."

For home owners, the official argument for the opponents to Prop 10 is, " It could make homes more expensive for future buyers and hurt families trying to purchase their first home."- Stephen White, President, California Association of REALTORS

For renters, the opponents' official argument is, "Tens of thousands of renters, INCLUDING SENIORS AND OTHERS ON FIXED INCOMES, could be forced out of their apartments and communities under Prop. 10,"

Susie Shannon,  a political advisor, who lead the campaign to endorse Prop 10 for the California Democratic Party, when asked about the opponent's argument that Prop 10 will reduce home values and that the average California homeowner could lose $39,000 in the value of his or her home if the initiative passes, said, "Homelessness devalues property."

Property Owners for Fair and Affordable Housing(POFAH), is a statewide network of landlords, homeowners and real estate professionals that was launched in 2018 to support the repeal of the Costa-Hawkins Rental Housing Act. According to POFAH, Prop 10 "unfairly restricts communities' ability to protect their residents, and leaves thousands of California tenants vulnerable to rent hikes and unfair evictions."

According to The Economist, rent control has negative effects. "Economists reckon a restrictive price ceiling reduces the supply of property to the market. When prices are capped, people have less incentive to fix up and rent out their basement flat or to build rental property."

Organizer of ACCE, Joe Delgado said, "Passing Prop 10 is a step we need to take to help fight homeless crisis."

Communication Coordinator at ACCE, Anya Svanoe said, "Corporate landlords and real estate billionaires –Trump's friend- are not concerned about real people being pushed on to the streets; they are concerned about protecting their profit and their bottom line."

On November 6th, the California voters will go to the polls and decide the fate of Prop 10. 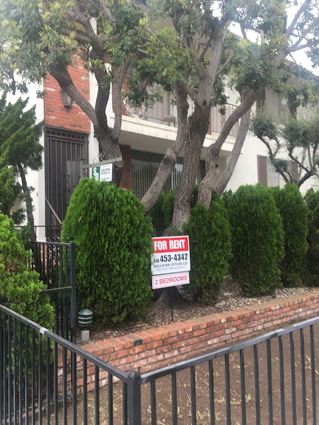