"Marriage is about the most expensive way for the average man to get laundry done." 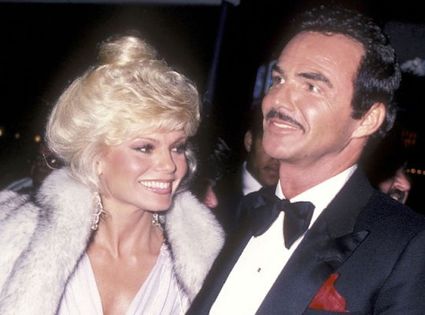 Burt Reynolds and Loni Anderson during their marriage

Actor Burt Reynolds has died of cardiac arrest at a Florida hospital on September 6, 2018. He had been suffering from heart problems for a number of years.

"Burt Reynolds was one of my heroes. He was a trailblazer. He showed the way to transition from being an athlete to being the highest paid actor, and he always inspired me. He also had a great sense of humor - check out his Tonight Show clips. My thoughts are with his family," tweeted Arnold Schwarzeneggar.

Perhaps most famous for the movies Deliverance, or perhaps for the iconic Smokey and the Bandit; Reynolds planned to be a professional football player. His mother thought he should try acting, after reading from a Shakespeare play and impressing a high school drama couch.

After a few box office failures, Reynolds returned to television, starring in the sitcom Evening Shade (1990–1994). He was nominated for the Academy Award for Best Supporting Actor for his performance in Boogie Nights (1997).

"Marriage is about the most expensive way for the average man to get laundry done," Reynolds once quipped. "My movies were the kind they show in prisons and airplanes, because nobody can leave. I can sing as well as Fred Astaire can act," he said.

Reynolds was born on February 11, 1936, and in his autobiography stated that Lansing is where his family lived when his father was drafted into the United States Army.

Reynolds, his mother and sister joined his father at Fort Leonard Wood, Missouri, and lived there for two years. When Reynolds's father was sent to Europe, the family moved to Lake City, Michigan, where his mother had been raised.

After graduating from Palm Beach High in West Palm Beach, he attended Florida State University on a football scholarship and played halfback.

While at Florida State, Reynolds roomed with college football broadcaster and analyst Lee Corso, and also became a brother of the Phi Delta Theta fraternity.

Reynolds hoped to be named to All-American teams and to have a career in professional football, but he suffered a knee injury in the first game of his sophomore season, and later that year he lost his spleen and injured his other knee as a result of a car accident.[14] These injuries hampered Reynolds' abilities on the field, and after being beaten in coverage for the game-winning touchdown in a 7-0 loss to North Carolina State on October 12, 1957, he decided to give up football.

Ending his college football career, Reynolds thought of becoming a police officer, but his father suggested that he finish college and become a parole officer. To keep up with his studies, he began taking classes at Palm Beach Junior College (PBJC) in neighboring Lake Park. In his first term at PBJC, Reynolds was in an English class taught by Watson B. Duncan III. 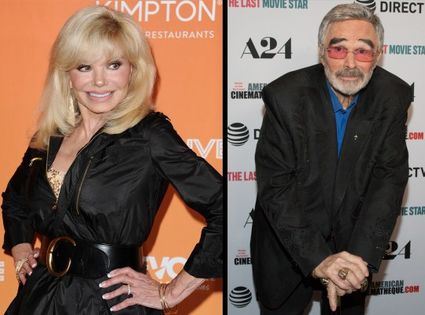 Duncan pushed Reynolds into trying out for a play he was producing, Outward Bound. He cast Reynolds in the lead role based on having heard Reynolds read Shakespeare in class, leading to Reynolds winning the 1956 Florida State Drama Award for his performance. In his autobiography, Reynolds refers to Duncan as his mentor and the most influential person in his life.

On August 16, 2011, Merrill Lynch Credit Corporation filed foreclosure papers, claiming Reynolds owed $1.2 million on his home in Hobe Sound, Florida. Reynolds owned the Burt Reynolds Ranch, where scenes for Smokey and the Bandit were filmed and which once had a petting zoo, until its sale during bankruptcy

In April 2014, the 153-acre rural property was rezoned for residential use and the Palm Beach County school system could sell it to residential developer K. Hovnanian Homes. He also once purchased a mansion on a tract of land in Loganville, Ga. while married to Loni Anderson.