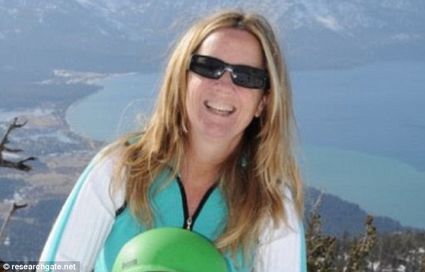 Never before has a Supreme Court justice appointment caused so much division and drama in the Senate Judiciary Committee.

After hours upon hours of Senate hearings, President Trump's Supreme Court Nominee, District of Columbia Circuit Court Judge Brett Kavanaugh, 53, was all set to be confirmed at the senate vote this Thursday. And then a shocking allegation of sexual assault merged a few days ago by Christine Blasey Ford, 51, a California professor who claims that Kavanaugh assaulted her 36 years ago at a high school party when she was just 15. This seems to have put a spanner in the works so close to the confirmation hearing.

As a result of the after math of this allegation, both Kavanaugh and Blasey Ford have agreed to appear at a senate hearing to prove their case as early as this Thursday.

But it brings up a whole lot of questions. Why now? 36 Years later so late in the game?

Just what is the motive of the accuser Blasey Ford? Is it just an unsubstantiated allegation or is there something deeper lurking underneath? Turns out it may have nothing to do with alleged sexual assault and everything to do with a legal dispute that happened many years ago!

Martha G. Kavanagh, the mother of Brett Kavanaugh was a Maryland district judge in 1996. She was a Montgomery County Circuit Court judge from 1993 until she retired in 2001.

Now it all becomes clear. Blasey-Ford could well be going after Brett Kavanagh, not because of what he did in high school.

Instead, Christine Blasey-Ford is going after Brett Kavanaugh out of spite and revenge for a case ruled on by Brett Kavanaugh's mother. The foreclosure case against Paula K. Blasey and Ralph G. Blasey was opened on August 8, 1996 and was not appealed. The case number is 156006V

Déjà Vu anyone? Seems like a re-do of the Anita Hill scandal.

In 1991, the then President George W Bush had nominated Federal Circuit Judge, Clarence Thomas, as his pick for the Supreme Court Justice. After the senate hearings, just as the confirmation was all set to take place, a shocking accusation of sexual assault by Thomas, her former supervisor at the U.S Department of Education and the EEOC, Anita Hill arose and this of course led to the a senate trial for both Hill and Thomas. Ms. Hill agreed to a polygraph test while Thomas declined. After extensive debate, the United States Senate confirmed Thomas to the Supreme Court by a vote of 52–48, the narrowest margin since the 19th century.

The now famous case of Anita Hill and Justice Clarence Thomas had sparked similar debate and had the same script as the current scenario. 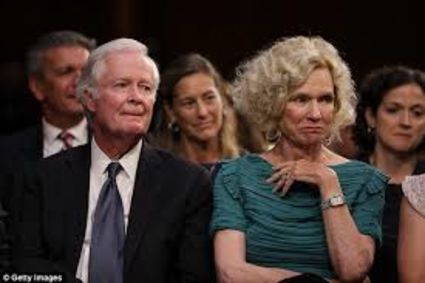 Edward Kavanaugh and Martha Kavanaugh, parents of Judge Brett Kavanaugh, listen as he delivers his opening statement before the Senate

In 2007, Thomas published his autobiography, My Grandfather's Son, in which he revisited the controversy, calling Hill his "most traitorous adversary" and saying that pro-choice liberals, who feared that he would vote to overturn Roe v. Wade if he were seated on the Supreme Court, used the scandal against him.

It seems uncanny that an almost identical scenario has emerged and with the exact same law Roe v. Wade at the centre of the scandal.

This information will no doubt surface over the next few days and will come up at the public hearing possibly on Thursday.

Not true.. she was the judge who ruled for the case and for the foreclosure to disappear by a bank in NC who bought the mortgage. So that means she knew about the sexual assault and she thought the parents knew as well . So this report is incorrect . This was correctly reported by Fox News which is why you are twisting the story to say she had an axe to grind when in reality the mother knew bc Brett told her

They actually did do their homework. It is you, Snopes and other who have not. Initially the Blaseys were ruled against and they were set to lose their home as a result. They took initiative to refinance before the foreclosure was set to take place and a motion was entered by the petitioner, not the respondents, to dismiss the foreclosure, which was granted by Martha Kavanaugh. The initial ruling in favor of foreclosure did indeed place them in jeopardy of losing their home and they had to scramble to figure out how to keep it in the face of the ruling. Snopes conveniently leaves that out of their supposed fact check.

sorry to have to tell you this, but Not only did they not lose their home in those proceedings reality is that prior to foreclosure completing they refinanced the property. They still own it although they have placed the property in trust the case was not appealed because there was nothing to appeal the case was withdrawn by the mortgage company prior to foreclosure. You really should have done your homework on this one