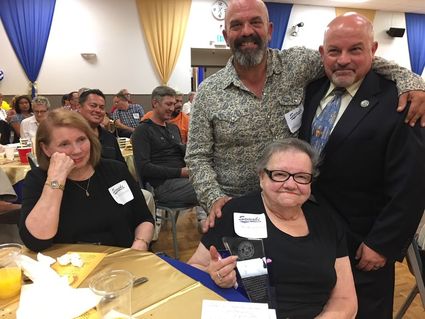 Samohi inducted new members into the ranks of the Samohi Hall of Fame and Samohi Distinguished Alumni. A celebratory brunch was held at the Santa Monica Elks Lodge at 1040 Pico Blvd on Sunday, September 16. 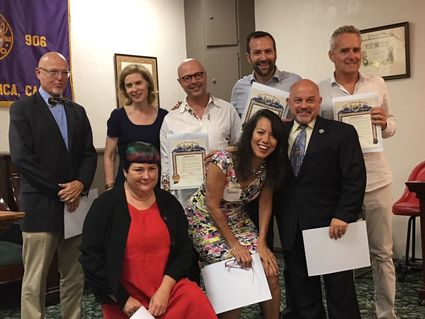 Photo: Lee Arenberg bearded, who has a recurring role as the dwarf Grump in the TV series "Once Upon a Time" , introduced his brother Jan who was inducted into the Hall of Fame, and their proud mother Janet who turned 90 last week.