Beaver Brand horseraddish sauce is less divisive than the political rhetoric this season. 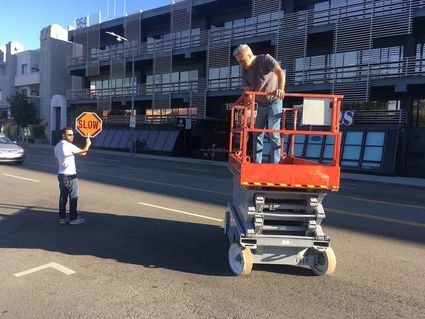 At long last, America's Democratic Resistance has a chance to go to the polls and vote against President Donald J. Trump. Arguments about Russian Collusion have disappeared from the National narrative, as have any references to Brett Kavanaugh, gun control or the US Supreme Court.

Now, the rhetoric from the left is mostly that the President is a Divider in Chief, not a uniter like his immediate predecessor.

Speaking of Barrack Obama, the former President has hit the campaign trail to exhort voters to elect Democrats to Congress and state houses. It is not without precedent for a former US President to campaign against his successor. But no one has done so since Taft in the 1890's. Obama is trying to take credit for the best economy in half a century.

We could do a seat by seat analysis of who might win which seat in North Dakota. But you can get that from premium sites like Fivethirtyeight.com, politico.com or realclearpolitics.com. Face it, that's yawn city. We want to talk to you about horseradish sauce, and it's application to American politics.

Beaver Brand horseradish sauce is less divisive than the political rhetoric this season. The President says two years ago, he wasn't sure what the term "midterm election" meant. No really, that's what he told a political rally in Ohio.

While Saturday night Live makes fun of Veterans (no really, they did); one of their regulars, Alec Baldwin, was arrested for slugging a guy over a parking space. Baldwin has acted in SNL skits that argued the President exhorts his followers to do violence. 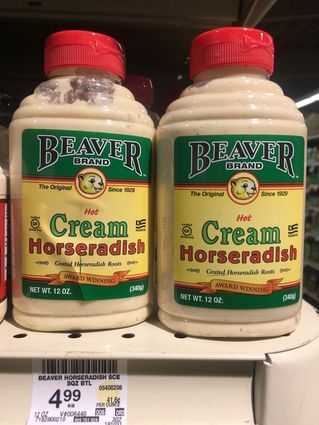 Beaver Brand horseraddish sauce is less divisive than the political rhetoric this season.

There are serious questions about whether we are spiraling toward civil war. Serious people are asking this question, including Ben Shapiro, Tom Brokaw and Brit Hume. "The last step before Civil War occurs when the two sides stop speaking to each other, and simply demonize the other side," said one political scientist. We have certainly crossed the rubicon on that one.

The economy has never been better, and no one is talking about that either. Instead, a Showtime series called Shut Up and Dribble makes the rather precarious argument that overpayed basketball played like Lebron James, are actually fighting for racial equality.

Politico says that Paul Ryan called the president and asked him to dial down the immigration talk at campaign rallies. "Talk about the economy instead."