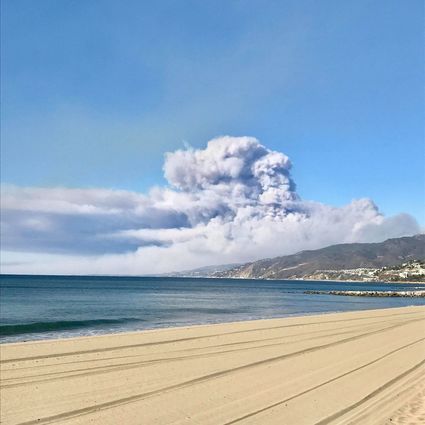 (Nov. 14, 2018) – Homicide Bureau investigators are continuing their investigation into the circumstances surrounding the death of a person in the unincorporated area of Agoura.

Investigators learned deputies from the Malibu/Lost Hills Sheriff's Station responded to the 32000 block of Lobo Canyon Road, in the unincorporated area of Agoura, to check the welfare of a resident who was unaccounted for after the Woolsey Fire destroyed his home.

Responding search and rescue deputies, along with Arson/Explosives Detail investigators, found the home was burned down to the foundation.  With the use of a cadaver dog, deputies discovered the victim among the rubble.

At this time, it is unknown if the remains found were those of the homeowner who lived alone in the home.

The processing of the scene was completed with the assistance of the Los Angeles County Department of Medical Examiner-Coroner, who will determine the identity of the victim and determine the cause of death.