Meanwhile, the County of Los Angeles SEIU for Nurses authorizes a strike Tuesday. 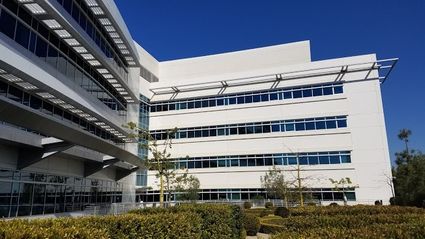 Providence St. John nurses will strike on Tuesday, November 27 from 8 AM to 8 PM, wrote Labor and Delivery Nurse Lizabeth Baker-Wade, in a post on Facebook.

"Since the Providence take over things have gone downhill," she wrote. "Providence is expanding so quickly that the nurses who take care of our community are left with poor staffing, increased workloads, decreased ancillary staff and a host of other internal problems.

Providence has seen a profit of hundreds of millions of dollars yet there have been layoffs of ancillary staff, unit directors and educators. The deepest cuts are to the dedicated nursing staff wages and benefits. Our nursing union is working hard to bargain contract that will make nurses want to stay rather the bleeding of nurses going to area hospitals where they will be treated fairly," wrote Baker Wade, inviting people to come speak to striking nurses in front of the hospital on Tuesday.

Dozens of nurses and their supporters gathered on the steps of the Kenneth Hahn Hall of Administration in advance of the Board of Supervisors meeting, where a union representative delivered a 10-day strike authorization notice. This is required under Federal law. Service Employees International Union Local 721 says that 98% of it's roughly 7000 members, voted to authorize "an unfair labor practice strike."

The Union alleges that LA County is not in compliance with California labor laws by not complying with legally mandated nurse-to-patient safety ratios.