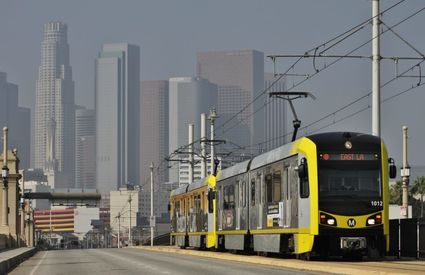 As if Angelenos needed another reason to avoid public transportation, a 51-year-old illegal alien and convicted felon has been charged with the murder of a man on a Gold Line Metro train, the Los Angeles County District Attorney's Office announced.

Case GA104722 was filed yesterday. The next court date is scheduled on Dec. 20 in Department 5 of the Los Angeles County Superior Court, Alhambra Branch.

The criminal complaint alleges the defendant was convicted in eight cases between 1985 and 2016 of felonies ranging from drug charges, criminal threats and assaulting a peace officer with a firearm.

On Nov. 27, Muñoz allegedly stabbed victim Xuezhong Bao, 62, as the train traveled from Azusa to Irwindale, prosecutors said. When the train arrived at the Irwindale station, the defendant exited the train and was arrested by police, prosecutors added.

Bail is set at more than $3 million. Muñoz faces a possible maximum sentence of 86 years to life in state prison.

The case remains under investigation by the Los Angeles County Sheriff's Department.