Michael Sargent's New Masterpiece 'The Black Hole' Brings Both The Laughs And The Talent! 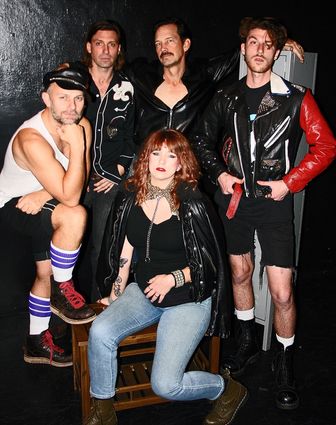 If you have not yet seen this gem, then get your tickets for the remaining performances, you will not be disappointed! This is certainly a Hole In One!

The play is centered around a new young hire who throws things out of orbit at THE BLACK HOLE - an underground club for men in L.A. 12 days to Christmas in 1984. Can longtime lovers Fred & Joey fight gravity? Or will they be sucked into THE BLACK HOLE? Featuring Barry Del Sherman, Spencer Gilbard, Jordyn Holt, Brad Lewis and Craig Robert Young; Written & Directed by Michael Sargent and Produced by Zombie Joe. For Ages 16 and up. 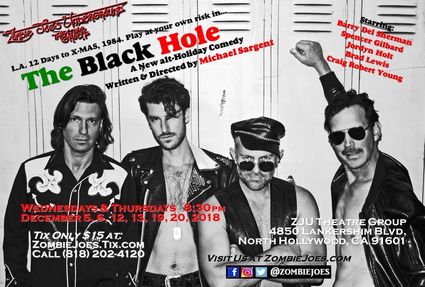 ***An instant critical and fan favorite since he emerged from John Steppling's workshop as a teenaged playwright, Michael Sargent has written 50 plays and with THE BLACK HOLE celebrates 30 years as a produced playwright! Known for his sexually charged comedies (HOLLYWOOD BURNING, GRAND MOTEL, STEELTOWN, SWEET HOSTAGE, et al) and largely absent from LA stages since the benchmark production of his play THE PROJECTIONIST at the KIRK DOUGLAS THEATRE in 2009 THE BLACK HOLE is a perfect reintroduction to a "Local Legend's" work!

WEDNESDAYS and THURSDAYS at 8:30pm,