Helicopter pilot has told inconsistent stories about the mysterious deaths in Antarctica. Here's what really happened 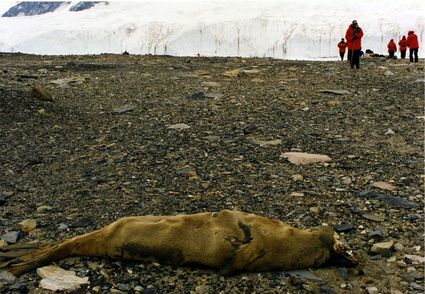 From a place studied precisely because it resembles the surface of Mars, comes a mystery as stunning as any X-files. The truth is out there, and the authorities aren't talking.

The National Science Foundation announced Thursday that two electrical contractors had died near McMurdo Station. Nothing else we are being told about this story makes any sense.

NSF, which runs the US Antarctic program, isn't saying much more than that, even after the next of kin have been notified. There is apparently just one witness to the deaths of the two electricians, and the helicopter pilot has told inconsistent stories. He originally said he was flying over the generator facility near McMurdo Station, when he stopped to investigate fires

The following are the changes to the original story:

1. The incident did not happen at McMurdo Station. It happened at Dry Valleys, at a remote generator. And he did not see smoke while he was flying over the building, then stop to investigate.

2. Instead, the helicopter pilot had brought 2 electrical engineers from McMurdo to work on the generator. He was waiting at the helicopter near by. When the technicians did not appear at the appointed time, the pilot returned to the generator building to investigate. He found both men lying on the floor of the generator room. One was dead, the other man he flew back to McMurdo, where the 2nd man died in the clinic at McMurdo an hour or so after arriving.

So what really happened?

While crime in Antarctica is relatively rare, isolation and boredom affect certain people there negatively and may lead to crime. Alcoholism is a known problem on the continent, and has led to fights and indecent exposure, says Wikipedia.

A stabbing occurred at the Bellingshausen Station, a Russian research station on King George Island, on October 9, 2018. The alleged perpetrator was Sergey Savitsky, a 54 year old electrical engineer. He allegedly stabbed Oleg Beloguzov, a 52-year old welder, in the chest[ multiple times.[20] According to some sources, the attack occurred because Beloguzov was giving away the endings of books that Savitsky checked out at the station's library. https://en.wikipedia.org/wiki/Crime_in_Antarctica

Other sources say that the attack occurred in the dining room when Beloguzov teased Savitsky by telling him that he should dance on top of the table to make money. Both accounts say that Savitsky was believed to be intoxicated at the time of the attack.

This also appears to have been a conflict between two electrical engineers who reportedly did not like each other. Stay tuned, because there is obviously much more to it. The New Zealand Police investigate the rare crimes at McMurdo Station, which is located in what they regard as their sector of Antarctica. They have reportedly sent officers to investigate the incident.

The McMurdo Dry Valleys are a row of largely snow-free valleys in Antarctica, located within Victoria Land west of McMurdo Sound. The Dry Valleys experience extremely low humidity and surrounding mountains prevent the flow of ice from nearby glaciers. The rocks here are granites and gneisses, and glacial tills dot this bedrock landscape, with loose gravel covering the ground.

The region is one of the world's most extreme deserts, and includes many features including Lake Vida, a saline lake, and the Onyx River, a meltwater stream and Antarctica's longest river. Although no living organisms have been found in the permafrost here, endolithic photosynthetic bacteria have been found living in the relatively moist interior of rocks and anaerobic bacteria, with a metabolism based on iron and sulfur, live under the Taylor Glacier. 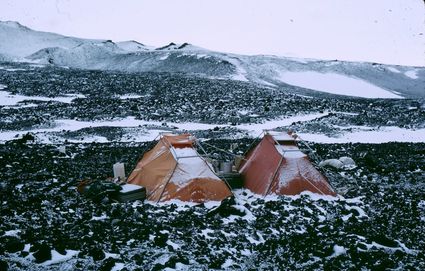 Could there be something in the air that drives men to murder each other? Who knows. But it makes more sense than a helicopter pilot finding two dead men in a generator room, then flying them quietly to McMurdo Station on a mid-summer's day in the world's coldest and driest place.

Update: It is difficult to get information from Antarctica, because anyone who speaks to the press has their contract cancelled by the USGS which runs McMurdo Station. We did receive the following comment on 12/20/2018:

In regards to the story. First Double Murder in Antarctica Now Under Investigation by New Zealand Police. A real good fiction story. At first I thought I was reading the Onion. As someone who has worked and lived in Antarctica at McMurdo Station for the past 6 seasons please do more research before running out and and writing something about the death of two good people.”