The woman may have been trying to hold up the train for a friend. 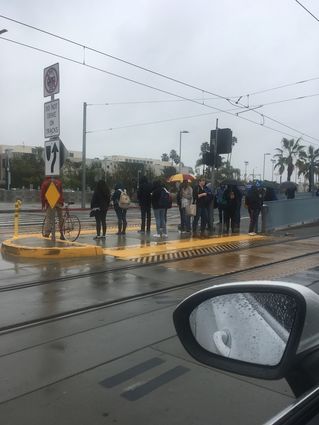 The 17th Street Expo line station was the scene of a fatal accident on Tuesday. Police have not yet identified the victim. It was unclear whether the pedestrian was chasing after the train, or just oblivious to it.

The death was the latest in a string of mishaps involving Santa Monica train, but the first fatal accident since April 2017.

Paramedics pronounced the victim dead at the scene about 8:30 a.m., said Ramon Montenegro of the Sheriff's Transit Services Bureau. The woman may have been trying to board the train, he said.

The 17th Street Station was closed while an investigation was conducted, and buses were brought in to ferry rail passengers between 26th Street/Bergamot and the Downtown Santa Monica stations.

Traffic was blocked along Colorado Avenue from 17th Street to 11th Street all morning.