The Gaslamp to 'take a chance' on The ABBA Show on March 16, Tribute Bands and the Original

"They're still absolutely huge in Europe," Follett says. "I was just a singer looking for a job, and Abba's kind of become my life's work" 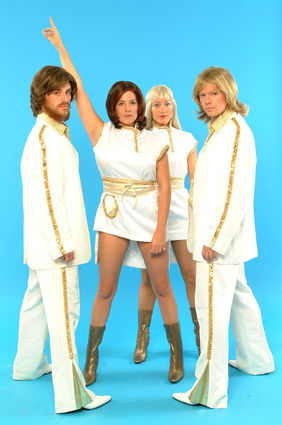 LONG BEACH, CA (02/04/19) Marie-Claire Follett was a teenager in London looking for a singing job when she auditioned for a spot in an ABBA tribute band.

She got the gig all right, and something else - a career.

"I was just a singer looking for a job, and it's kind of become my life's work," Follett says.

She isn't complaining. That's because she and her husband Andy Marshall, who's also her partner in the ensemble known as The ABBA Show, now have three casts of the show. Two are in Europe - including one in the original group's native Sweden - and one that works in the United States.

It's Follett's California-based group that will perform the music of the wildly popular and totally enigmatic pop group on Saturday, March 16 at the Gaslamp Restaurant.

Follett says people who aren't familiar with the music of ABBA, simply because they didn't live through the ABBA hey day between 1974 and 1982, have no clue that people around the world continue to worship the band, which hasn't performed together in 35 years.

"In fact, when we were living in London, we were one of 100 ABBA tribute bands. The music continues to be huge with all the generations. They sold 600 million records, and they're still selling millions today, even though they haven't recorded in over 30 years. It's quite remarkable."

Follett says she's seen the band's multi-generational appeal every time she, her husband and their two stage mates step into the spotlight.

"We have people in our audience who are 6 years old who know all the words (to ABBA songs)," she explains.

The ABBA Show is more than just four singers performing the songs of ABBA. This is one of those rare tribute shows where acting the part is every bit as important as sounding like the original group.

Follett portrays ABBA's Frida Lyngstad. Besides her husband, who plays Bjorn Ulvaeus in the show, the other members of the American cast include Julianne Ruck as Agnetha Faltskog and Robert Gonzalez as Benny Andersson.

"When my husband and I moved to California (from Europe), we picked up the new cast members for the (American) cast. They were from California, so they taught us how to surf, and we taught them Swedish accents," she says with a big laugh

The ABBA Show returns to the Gaslamp Restaurant on Saturday, March 16 at 8:00 pm. Tickets are $20. Tickets may be purchased online at http://www.gaslamplongbeach.com or by phone at 562. 596.4718. The Gaslamp is located at 6251 E. Pacific Coast Hwy in Long Beach. There is plenty of free parking adjoining the restaurant. The show is general admission and standing room only. For a table, please call 562.596.4718 for dinner reservations. The show is appropriate for all ages.