Affordable Housing: Be Careful Whom you Trust, City of SM, When You Loan Money

Response to "City of Santa Monica to Demolish a House of God to Build Unaffordable Housing." 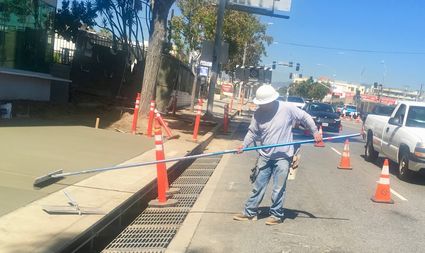 A worker smoothes out concrete as a City housing project replaces an auto mall on Lincoln Blvd.

When Step Up on 26th Street came to our street 3 years ago, I decided to become informed, so I have attended every Santa Monica Housing Commission meeting for the last 3 years. I am not on any Board or Commission for the City of Santa Monica and so I am free to express my opinions and relate what I have observed.

First of all, any funds from the Housing Trust Fund must be loaned, granted or given to one of the local non-profits who are developers of affordable housing in this City. They include Step Up on Second, The People Concern (formerly OPCC), Community Corp of Santa Monica (or CCSM) and now EAH Housing from northern California.

I have personally observed that the present head or leader of Community Corp, Tara Barauskas, presents herself as being professional, reliable, transparent and direct; not so much for the heads or leaders of the other three nonprofits.

And as for this affordable housing project at 19th & Pico, in which the applicant is Community Corp, attached to this email is a copy of the Loan Commitment Letter sent to Community Corp on February 4th, 2019, and signed by the parties involved on February 11th, 2019. You will note that the acquisition loan in the amount of $10.7 million has the longest term of 4 ½ years, at which time this loan is due & payable in full. I believe I am correct in stating that the later permanent loan in the amount of $12.1 million is not “in addition” to this acquisition loan and so the total loan amount to Community Corp will be $12.1 million and not $22.8 million. 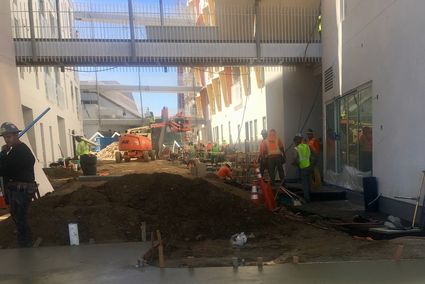 As for the Housing Authority’s affordable housing waiting list, there are tiers. The top tier is for the disabled and seniors and those who have been Ellis’d or evicted from their rent control apartments. Then comes those who have lived in Santa Monica for a certain number of years and/or worked in Santa Monica for a certain number of hours per week. And all of these tiers or categories are for affordable housing which requires the applicant to be able to afford or pay for some portion of their rent depending on their AMI status.

Finally, I am concerned about how much money is being loaned or given to Community Corp from the Housing Trust Fund over the last few years. CCSM is developing certain properties now, two on Ocean Ave. and one on Lincoln Blvd. near Colorado, and CCSM is applying for additional Housing Trust Fund money to work on new projects at the gas station location at 2120 Lincoln Blvd, the empty lot on Berkeley near Santa Monica Blvd, a large project on 14th Street near Pico, and now this project at 19th Street near Pico. I question how a nonprofit developer like Community Corp can handle all of these projects at the same time.