Current City Council Members Must Quit by August 15, Unless Court of Appeal Rescues Them 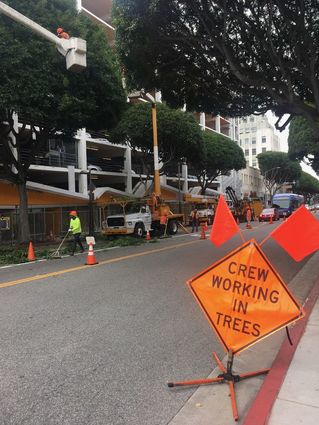 Current Santa Monica City Council's positions are more precarious than the men working in these trees on 4th Street near Broadway, in the wake of the Court's latest ruling.

Superior Court Judge Yvette Palazuelos ruled on Wednesday that the City of Santa Monica must hold special elections via districts by July 2. Current members of the Santa Monica City Council are prohibited from serving past August 15.

Palazuelos's ruling came as an answer to a Monday request for clarification from the city, who is appealing the judge's Feb.15 ruling that the city's current at-large voting system violates the California Voting Rights Act.

The initial CVRA lawsuit was filed by Maria Loya (wife of school board member Oscar de la Torre) and the Pico Neighborhood Association. The suit alleged that Santa Monica's method of at-large elections did not accurately reflect the population, specifically the Latino population.

On Feb. 15, Judge Palazuelos sided with the plaintiffs, citing a decades-old pattern of racially-polarized voting. "T[t]hough Latino candidates are generally preferred by the Latino electorate in Santa Monica, only one Latino has been elected to the Santa Monica City Council in the 72 years of the current election system," she wrote.

Despite vigorous opposition from many community groups, the city voted to appeal Palazuelos's ruling and attempt to keep the present at-large voting system. In their Monday request to Palazuelos for clarification on the status of the present elected leaders, the city argued that the judge's ruling ought to be considered mandatory. When a ruling is mandatory, i.e. the party so ordered must do something, a legal appeal generally stays the ordered action until the appeal is resolved. But when a ruling is prohibitory, i.e., the party ordered is prohibited from doing something, a legal appeal does not stay the order. The prohibition goes into effect.

The judge ruled on Wednesday that her order is prohibitory, and thus her order for special elections is not stayed by the city's appeal.

The city is reportedly considering their options, including taking the matter to the Court of Appeal via an emergency writ. Should elections be required in July, the process to do so would need to start within the next few weeks.

Although it may seem as though holding a special election is a mandatory action, the law, particularly regarding voting rights, is more complicated than that. It is possible that Palazuelos's ruling on Wednesday that her order is prohibitory, and thus not stayed by appeal, will be upheld by the appellate court.

Many community groups oppose the city's appeal of the districting lawsuit win. Opinions range from those who want to see more opportunities for Latino candidates to those who are desperate for any chance to break the hold that Santa Monicans for Renters Rights have wielded over the city for the past forty years. Still others foresee the city spending time and money on a losing cause. The city recently denied a request by the Lookout for the attorney fees they are paying Gibson Dunn & Crutcher, one of the most expensive law firms in the country, for their defense. Although the city is probably within their rights to deny the request - a government entity's legal fees have been deemed protected by attorney-client privilege - their lack of candor only raises suspicions. Some have estimated the cost will be up to $20 million. 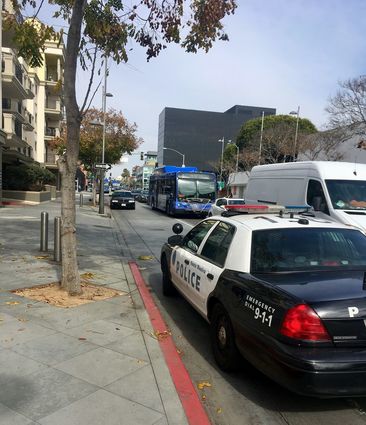