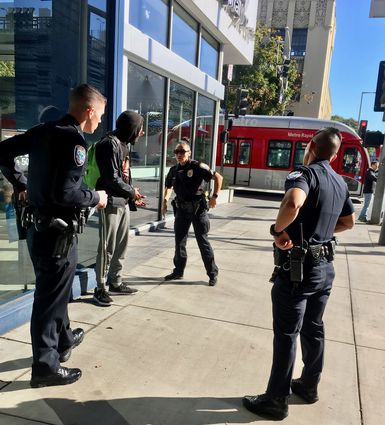 In a video address to citizens on Facebook on Wednesday, January 29, Police Chief Cynthia Renaud explained the 8.8 percent increase in Part 1 Crime in 2018. Part I crimes range from murder through aggravated assault to larceny-theft. Last year there was an increase of 450 more Part 1 crimes (also known as "serious crimes") than the previous year. Renaud pointed out this averages 1.23 more crimes per day.

Between 2015 and 2018, there has been an increase of 29 percent in serious crimes in Santa Monica.

The increase this past year, according to Renaud, is mainly attributable to theft and burglary. There was an increase of 119 vehicle burglaries, mostly "window smashes." In her video, Renaud stressed the importance of taking valuables out of your car - or at least not leaving them in plain sight.

The remainder of the increase in crime came from theft, with an increase of 373 incidents over the previous year.

Due to Proposition 47, shoplifting under $950 is now classified as a misdemeanor. However, if the shoplifter is "confronted by someone trying to stop them on the way out," the crime is classified as an "Estes Robbery," and upgraded to a felony. 24 percent of last year's robberies were Estes Robberies. In other words, if a store owner wants the perpetrator to get prosecuted, he must confront the thief himself.

Renaud proudly announced in the video that the SMPD made arrests in 51 percent of the robbery cases. That is only slightly more than half of reported robberies. In addition, if 24 percent of those robberies were prevented by store owners or "someone"s, than the police are not catching very many robbers themselves.

Of the aggravated assaults reported last year, 20 percent were domestic-violence related. "Many," according to Renaud, involved bars and alcohol consumption.

Renaud admitted that the police department is currently operating with 20 less officers than budgeted. But she is "working hard" to hire and train new officers. 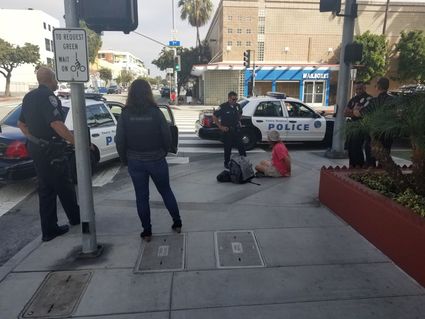 In addition to adding officers to the streets, Renaud says the police department is looking at other ways to reduce crime. "We have actively pursued and are pursuing environmental and structural changes to make physical locations less attractive for criminal behavior." Among these efforts will be additional lighting and patrol of parking structures and limiting the business hours of crime magnets such as the McDonald's at 2nd and Colorado.

Regarding "homelessness" issues, such as drug use in parks, trespassing on property (including squatting), and the general, highly anti-social behavior experienced by SM citizens on a regular basis, Renaud had little to say. She claimed she has increased the "homeless liaison team" to seven day a week coverage, "concentrating in grid-work patterns on our beaches, parks, and open space areas." But since the police appear to have either little interest in or power to take individuals off the street who are behaving in such highly anti-social behavior as drug use, public fornication, following and threatening, public urination and defecation, it is unclear what use such patrols can be.

The violent crime increase in Santa Monica comes from three factors. 1.) Statewide voters agreed to legislation that let tens of thousands of convicted criminals out of jail early because CA prisons are running out of room and money. 2.) The metro-train creates a bee line from Skid Row to Santa Monica, making it easier than ever for undesirables to get to the coast. 3.) An explosion of so-called affordable and low-income housing construction in the last 6-7 years. We all know what that means. WHY invite poverty and crime to town? So, the police force is down 20 officers? If no one is going to say it, I will. Apparently, they can't find enough diversity hires to pass the test. I know my post will probably get nuked for that statement, but it's the truth.

When I moved to Santa Monica in 1994, Santa Monica hadn't had a murder in 47 years! Now, crime has increased exponentially! It's not just the criminals! The Police plays a big part in many of these crimes, by their treatment of innocent people! It's a Frat Boy mentality and are ill-equipped socially, to deal with people, especially those with mental health issues! They train new Officers to be the as amoral as they are! The Judicial System is corrupt! There's no one Policing the Police! They don't Protect and Serve! They Abuse and Exploit the Citizens!