Stage production based on the popular rom-com starring Gwyneth Paltrow 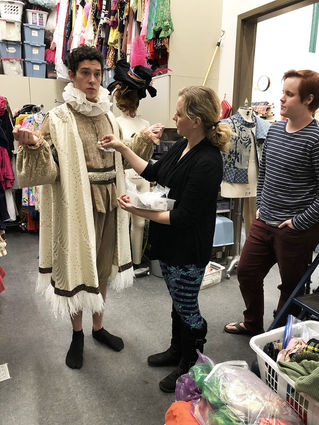 In the popular rom-com, young playwright Will Shakespeare works on his latest comedy, Romeo and Ethel, the Pirate's Daughter, and star-crossed lovers bite the forbidden fruit of Elizabethan theatre as a cast of historical players frolic in backstage antics. Based on the screenplay by Marc Norman and Tom Stoppard and adapted for the stage by Lee Hall, with music by Paddy Cunneen. The SMC production is directed by Terrin Adair-Lynch, with stage combat choreography by Mikael Mattsson.