Latest act in the Voting Rights Lawsuit drama: Special elections ordered by the Trial Court are on hold 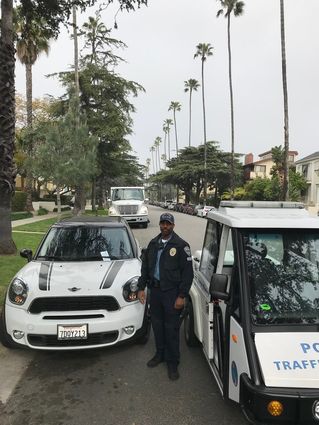 Meter cop gives a parking citation to a straggler on street cleaning day.

The California Court of Appeal offered temporary relief to Santa Monica's current City Councilmembers, who were facing a special election this summer. Justices Elizabeth Grimes, Maria Stratton, and John Shepard Wiley of the appeals court signed an order staying an earlier ruling by a trial court that the city must hold special elections for city council via newly-drawn districts by August 15.

The order to create voting districts in the city comes from a California Voting Rights Act lawsuit filed by Maria Loya (wife of school board member Oscar de la Torre) and the Pico Neighborhood Association. The suit alleged that Santa Monica's method of at-large elections did not accurately reflect the population, specifically the Latino population.

On Feb. 15, Judge Palazuelos sided with the plaintiffs, citing a decades-old pattern of racially-polarized voting. "T[t]hough Latino candidates are generally preferred by the Latino electorate in Santa Monica, only one Latino has been elected to the Santa Monica City Council in the 72 years of the current election system," she wrote. Palazuelos ordered special elections to be held.

The City appealed Palazuelos's ruling, despite opposition from groups who either support elections by district or those who feel any money spent on an appeal is money wasted. 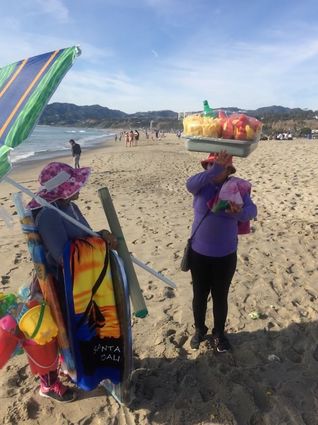 Subsequently, Palazuelos issued a clarification of her ruling, claiming that it was a prohibitory order and thus would not be stayed by the City's appeal. This would mean the City would have to hold special elections by July 2 in order to install a new City Council by August 15.

The City then sought relief from the California Court of Appeal, who sided with them in ordering a stay of paragraph 9 of Judge Palazuelos's order, the paragraph prohibiting the current council from serving past August 15.

For now, this means there will be no special election held via the newly-drawn districts this summer.

However, the appeals court did order the respondents (that is, Maria Loya and the Pico Neighborhood Association) to file their opposition to the City's petition for this stay by March 21, 2019. The City then has until March 25 to respond to that opposition.

So the drama isn't over yet.