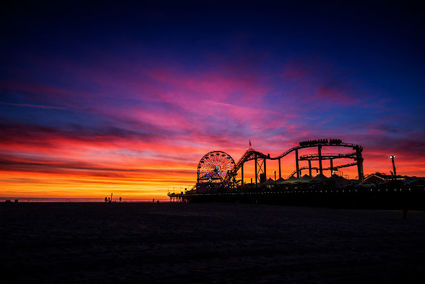 SANTA MONICA, Calif., (March 23, 2021) --- On Saturday, March 27 at 8:30 p.m. local time, Earth Hour, one of the largest global grassroots movements for the environment, will virtually bring together millions of people, businesses and leaders from around the world to raise awareness on the urgent need to address nature loss and climate change.

In the past decade, Earth Hour has inspired the global initiatives for protection of nature, climate and the environment, helping drive awareness, action and policy change. The movement helped in the creation of a 3.5 million hectare protected marine area in Argentina, a 2,700-hectare Earth Hour forest in Uganda, secured new legislation for the protection of seas and forests in Russia, pushed for a ban on single-use plastics and Styrofoam products in the Ecuadorian capital, and initiated the planting of 20,000 mangrove seedlings in 13 cities in Indonesia.

"Earth Hour provides us with an opportunity each year to publicly demonstrate our support for the actions we implement each day including sustainability, environmental and climate awareness. All important issues to us as Pacific Park sits 40 feet over the Pacific Ocean on the Santa Monica Pier and is nestled at the base of the Santa Monica Mountain range and Southern California coastline," said Nathan Smithson, Director of Marketing and Business Development at Pacific Park on the Santa Monica Pier. "The event also allows us to join a wide-range of groups to support this mass global effort from individuals and small business owners to national companies and international organizations."

Born in Sydney in 2007, Earth Hour has grown to become one of the world's largest grassroots movements for the environment, inspiring individuals, communities, businesses and organizations in more than 180 countries and territories to take tangible environmental action for over a decade. Historically, Earth Hour has focused on the climate crisis, but more recently, Earth Hour has strived to also bring the pressing issue of nature loss to the fore. The aim is to create an unstoppable movement for nature, as it did when the world came together to tackle climate change. The movement recognizes the role of individuals in creating solutions to the planet's most pressing environmental challenges and harnesses the collective power of its millions of supporters to drive change.

The iconic Pacific Wheel Ferris wheel in Los Angeles joins world-famous landmarks including Big Ben and the Houses of Parliament in London, the Sydney Opera House in Australia, the Eiffel Tower in Paris, the Great Wall of China, the Parthenon at the Acropolis in Greece, and Victoria Harbour in Hong Kong, among others at 8:30 p.m. local time on March 27.

Earth Hour participants can visit http://www.earthhour.org to know what's happening in locations around the world and read individuals' stories about what they are doing for the planet. Now is the time to secure a healthy, sustainable and climate-resilient future for all. Every voice, no matter how big or small, can help make a difference.

Through its own grassroots efforts, Pacific Park received the "Excellence in Stewardship of the Natural Environment" award at the 15th annual Sustainable Quality Awards presented by the City of Santa Monica, the Santa Monica Chamber of Commerce and the nonprofit Sustainable Works.

The nine-story tall Pacific Wheel Ferris wheel first debuted in May 1996 with the opening of Pacific Park and was adapted as the world's first solar-powered Ferris wheel in November 1998.

Pacific Park also introduced the world's first wind-powered amusement park game, the High Striker, in October 2011. All components of the High Striker were completely wind-powered including the chaser lights with more than 100 bulbs, multiple spotlights and sound system. 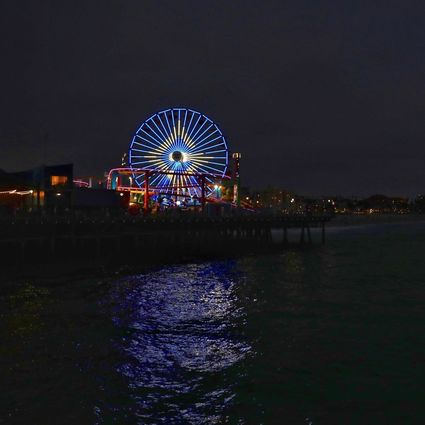 Normally, the ferris wheel can be seen for miles at night with a shifting kaleidoscope of colors