Security is tight and spectators are not allowed near the finish line. 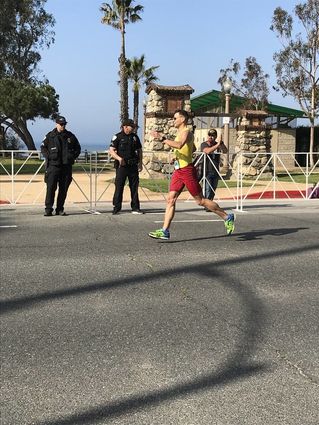 10,000 runners completed the Los Angeles Marathon on Sunday morning March 24, 2019. Security was tight and spectators were not allowed within one block of the finish line, probably to avoid a repeat of the Boston marathon 10 years ago where Chechen terrorists blew up a bomb, killing five and injuring 17.

The LA Marathon will wend it's way to the finish line at Ocean Avenue and the California Incline Sunday morning, March 24th. The starting pistol is at 7 am, so runners should start cross the line about 2 hours and ten minutes later.

Those in wheelchairs and other very special athletes, will be crossing the line for the following several hours. If you don't love runners, sweat, dogs and marathons, avoid California and Ocean Ave Sunday until about 4 pm.

For those who are not runners or spectators, we could have titled this article "LA Marathon to Disrupt Santa Monica traffic this Sunday." Indeed, it will not be possible to drive everywhere in Santa Monica on Sunday, particularly to Ocean Avenue where the marathon ends.

In its 33 years, the LA Marathon has become one of the largest marathons in the country with more than 25,000 participants, thousands of volunteers and hundreds of thousands of spectators.

The historic race, which has seen unprecedented growth since introducing the iconic "Stadium to Sea" course, draws runners from all over the world to take a tour of Los Angeles running past every major landmark. 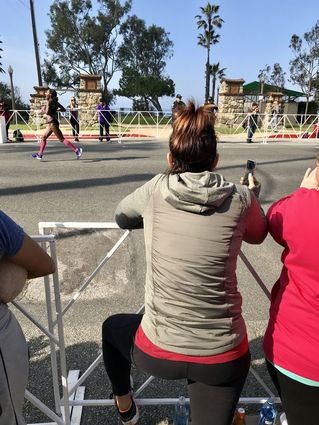 From 2007 to 2008, it started south of Universal City and ended in Downtown Los Angeles. The current route starts at Dodger Stadium (Frank McCourt, the current owner of the Marathon, once owned the Los Angeles Dodgers) and ends in Santa Monica.

Formerly the City of Los Angeles Marathon, the LA Marathon is an annual running event held each spring in Los Angeles, California. The 26.219 mile footrace, inspired by the success of the 1984 Summer Olympic Games, has been held every year since 1986.

The marathon is currently sponsored by Skechers, and thus its official title is the Skechers Performance LA Marathon. The 33rd edition of the marathon took place on March 18, 2018, says Wikipedia.The