Exploring the Jewish Musical Legacy at the Braid Theater

Bravissima! Jewish Women in Music at the Braid Theater 4/7/19 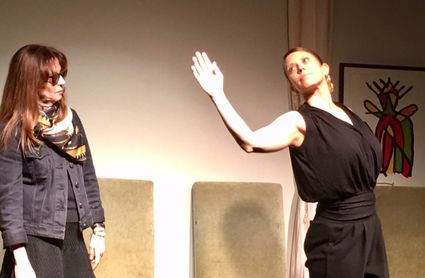 Screenwriter Arlene Sarner moderate the panel. She explained, "Music enriches all of our lives. The Jewish legacy in music is immeasurable. There would be no Broadway, few film or classical scores, and very little rock and roll without Jewish contributions. But history shows that much of this is due to Jewish men. Not anymore. Jewish women are succeeding and leading on the podium, and in the recording studio and the orchestra."

Our Mary Leipziger attended the event. Her notes and photos are below:

The event was conducted on Sunday April 7, 2019 at the Braid- part of a Jewish Women's theater group. 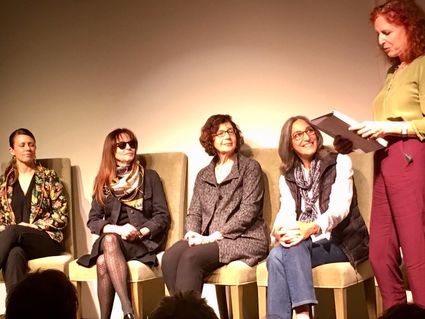 A dance by Lilian Rose Barbeito accompanied by Susan Greenberg opened the presentation. There was then a panel discussion of "Bravissima Jewish Women in Music (see earlier photos)

A few stray ideas from that discussion.... Music is a vocabulary which tells a story

Music can be a cultural ambassador

A lively Q & A followed their contributions- Arlene Sarner has a list of questions which the panel answered with sometimes humorous stories from their lives and how they reached their current prominence today.