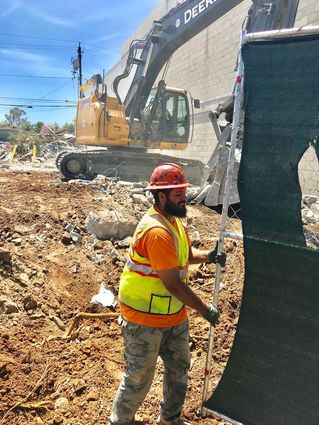 Community Corp. of Santa Monica (CCSM) will be holding a public hearing this month on their proposal to build 55 affordable housing units on 14th Street, across the street from Woodlawn Cemetery. The public input hearing will be held on May 21 at 6:30 at Virginia Avenue Park. The project will demolish an existing natural pet food store, a dog grooming facility, and an automotive repair business. It is a block from the Santa Monica Freeway overpass and three quarters of a mile from the nearest Metro train stop at 17th and Colorado.

CCSM already has loan approval for a 39-unit affordable housing project next door at 1820 and 1826 14th Street. That project is all one-bedroom units with the exception of the 2-bedroom manager's unit.

Community Corp. is a private non-profit company that buys and operates "affordable" residential units in Santa Monica. They currently operate 1,719 below-market-rate units and have a waiting list.

The City of Santa Monica Housing Division granted CCSM a loan of $14,098,131 in April for predevelopment activities on the proposed site. This includes purchase of the properties at 1834, 1840, 1844, and 1848 14th Street, design and engineering of the proposed new buildings, and site work.

This is the eighth loan to be issued by the SM Housing Division since October, 2017. All but two of those loans have been made to CCSM. The other two loans went to Step Up on 2nd and to EAH Housing. Terms of repayment of the loans are typically for 55 years. In other words, this money is essentially a donation. Funds doled out by the SM Housing Division come from redevelopment loan repayments and from the Measure GS/GSH sales tax approved by voters in 2016.

Together with the project CCSM plans to build on the two adjoining properties, they plan to shove 94 units onto this one block across the street from the cemetery and proximate to Santa Monica College (where CCSM plans to put yet more affordable housing on the site of a closed church). The "proximity" (almost a mile away) of transit is part of the city's rationale for granting the loan. Another reason given is that the CCSM project helps the city meet its goal of addressing the four "target" populations: seniors, persons living with disabilities, larger families, and small families/individuals. (We are not sure who is not included in this target list.) According to the SM Housing Division, "The proposed development addresses the identified need of affordable housing for large families and small families/individuals."

In other words, it meets the needs of the easiest target group.

In their own document justifying the loan to CCSM, the SM Housing Division acknowledges that the private, nonprofit housing company has only been achieving "moderate" success in "ensuring Santa Monica residents and workers are beneficiaries of CCSM's affordable housing." Not to worry, though. "CCSM is working with City staff on improving implementation methods to increase the intended outcomes anticipated by the local priority policy. The result will be new local preference implementation activities...which includes utilization of a City-administered or City-approved waitlist."

Imagine that. After thirty years, the city is finally insisting that city residents benefit from city money donated to Community Corp. 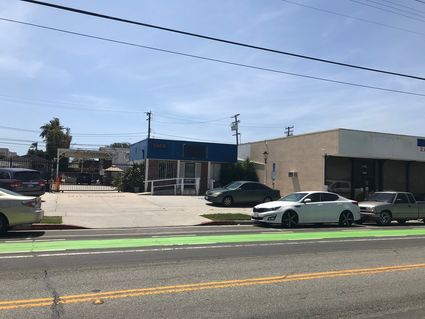 Despite whatever public input may be received on May 21, be assured this project will go through exactly as CCSM wants it. No doubt this will include parking waivers and other allowances that no private developer without deep connections to City staff and elected leaders would be able to obtain. Be prepared for far greater difficulty parking in this neighborhood and worse traffic. (Proximity to transit - give me a break.)

There's nothing affordable about affordable housing...the minimum income to qualify to even get on Community Corps years long waitlist is $16,800 annually...senior women almost all receive less than $10,000 annually...the other 'affordable' projects require a minimum of 30 to 80 percent median income...mostly focused on the 'moderate' 80%...minimum $6,000. monthly income to qualify for a small discount...Tax credit buildings like the Geneva House senior complex with a long wait list has a minimum income of $58,000. annually...the 30 to 40 percent of income rent charged is almost market rate...the 'extremely' low 30% median income category is the lowest and is 4 times what senior women receive...most of the landlords don't accept a voucher IF you can even get one...what are senior women supposed to do...besides sleep in their cars illegally?

Affordable housing is code for bringing-more-crime-and-poverty-to-town. The transformation Santa Monica has gone through in the last 8-10 years is jaw-dropping. Yet, it shows no signs of stopping. What used to be a quiet, pleasant, low-rise beach town is a city for sale to the highest bidder or developer. The face, culture, and energy of the city is changing very quickly. In another ten years, it will be unrecognizable to those who remember better days. Of course, there are many in city government who are obsessed with saving everyone from poverty hunger, homelessness, etc. yet they forget that if you take too many people into the life raft, it capsizes and everyone perishes. But...we're talking about a city where the school board REQUIRES that 15% of the student body come from OUTSIDE the school district! It's a city with a savior complex that's suicidal.