Priest hopeful that Celibacy will "fall." "It's a bit like the Berlin Wall: The question is only, when's the day?" 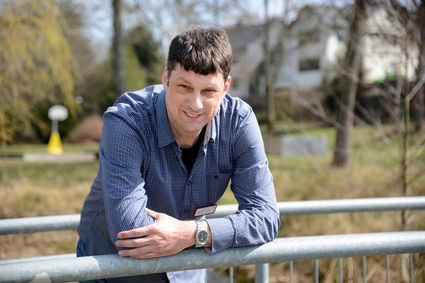 Michael Pauken is the director of an old people's home in Kell am See in western Germany. He has never regretted his decision to give up his job in the diocese of Trier.

Kell am See, Germany (dpa) - It's been three and a half years since Michael Pauken gave up the priesthood - because he had fallen in love with a woman whom he wanted to spend his life with.

Today he's married with a young daughter and is the director of an old people's home in Kell am See in western Germany. He has never regretted his decision to give up his job in the diocese of Trier.

"I know it was right," says the 46-year-old, even though he acknowledges that when he was in the process of making the decision, when he was still head of the parish in Oberthal-Namborn, it was anything but easy. Back then, he "practically lived for [his] profession" but felt he was alone. "I was missing a centre," he says.

Pauken's relationship with his now-wife Claudia developed slowly, and at some point he realized that he could no longer serve at the altar because Catholic priests are bound to celibacy.

"Unfortunately. Without the celibacy [rule], I would have stayed in the priesthood. There would have been no reason to give it up," he says, adding: "The two wouldn't get in the way of the other."

He settled into his new job at the Red Cross-run home, which has 80 residents and 75 employees, a long time ago. It also served him well that before his ordination in 2006, he had worked as a nurse.

"Everything has its balance," says Pauken, explaining that he has been able to bring all the skills he previously learned to his current job. "That includes the things that I learned by intuition as a priest; I can use them a lot here in many ways," he says.

Pauken is one of seven priests who've left the Trier diocese, which counts 1.4 million Catholics, since 2014 due to the celibacy rule.

"Life plans can go wrong, and that's true for priests too," says diocesan spokeswoman Judith Rupp. Even if the church regrets the loss of a priest, "we respect their decision," she adds.

There has been no increase in the number of cases over the past decades, according to her.

If a priest decides to leave the priesthood, he also gives up his salary, though the diocese will pay a year's equivalent of unemployment benefits.

In the nearby diocese of Mainz, home to 730,000 Catholics, three priests have given up their jobs since 2014, which is also not an increase on the previous five years.

"There have always been priests who left the priesthood," says diocesan spokesman Tobias Blum. "We should also point out that celibacy isn't the only reason that priests leave."

"It's also an existential situation," says chairman Hans-Joerg Witter. Not all of them had another profession before entering the priesthood. And the older they are, the more difficult it can be to start again.

Witter himself left the Capuchin Order a number of years ago after getting to know the woman who's now his wife in Brazil. He then re-trained as a specialist in SAP software.

The debate around celibacy recently came up again at the German Bishops' Conference.

Chairman Reinhard Marx said the question of whether married priests must remain the absolute exception in the Catholic Church should be allowed and that there was "an extraordinary lack of discussion" around the question of sexual morality.

Pauken, who is still a practicing Catholic, is hopeful that celibacy will "fall" at some point.

"I think it will because there's so much pressure," he says. "It's a bit like the Berlin Wall: The question is only, when's the day?"

And he thinks Pope Francis might be open to it. Without celibacy, the church would have many more priests. 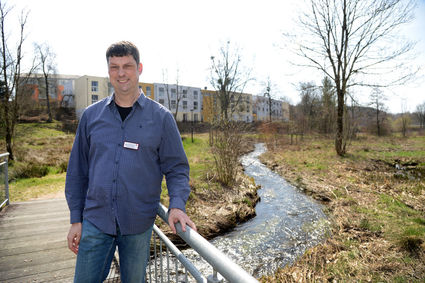 Michael Pauken is the director of an old people's home in Kell am See in western Germany. He has never regretted his decision to give up his job in the diocese of Trier.

"If you rule out all women and then all the men who don't want to live alone, there are not many people left," he adds.

"People see you more as abnormal. They feel sorry for you," says Pauken, who is also still active in the church.

Celibacy is "no longer a help, which is what it's meant to be. It's a huge problem that nobody wants to have in the community any more."

Pauken wasn't allowed to have a church wedding. "I would have had to apply for laicisation, but I didn't want to do that."

And why not? Because he still hopes that one day married priests will be allowed into the Catholic Church.

"I'm waiting for the day that there's no more celibacy. And then I'd gladly help out in addition to my current job and give a sermon sometimes at weekends and administer the sacraments."