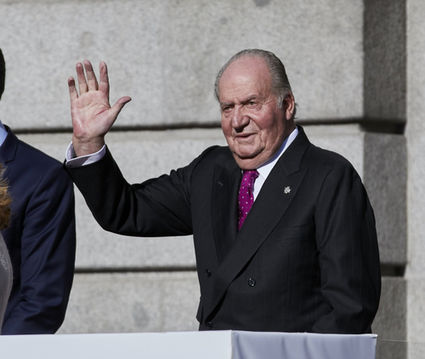 Madrid (dpa) - Spain's former king Juan Carlos has announced that he will be withdrawing from public life this coming Sunday, five years after his retirement.

In a letter to his son, King Felipe VI, that was published by the Spanish Royal Family on Monday, the 81-year-old former monarch says that from June 2 he will no longer be available for representative duties.

"I think the time has come to open a new page in my life and withdraw completely from public life," the former king wrote, adding that he had been thinking about this step since his 80th birthday last year.

Born in Rome on January 5, 1938, Juan Carlos is the son of Don Juan of Bourbon and Battenberg, the heir to the throne of the Bourbon dynasty which had been overthrown in 1931.

When Spain's former dictator Francisco Franco decided that the monarchy would be restored after his death, he picked Juan Carlos as heir, and the 10-year-old boy returned to a homeland he did not know.

Seen as the dictator's puppet, Juan Carlos was educated in military colleges and at the University of Madrid under Franco's supervision. His coronation in 1975 was met with indifference.

But Juan Carlos won the hearts of Spaniards by allying with democratic values, becoming a source of support for democratic prime ministers and thwarting a coup attempt in 1981.

"You have to earn your crown every day," he famously told his heir Felipe.

Juan Carlos retains the honorary title of "rey" (king) even in retirement.