"This is How it Starts:" United States Deploys 1500 Marines to Middle East to Counter Iran

"A prudent defensive measure and intended to reduce the possibility of future hostilities."--Defense Secretary 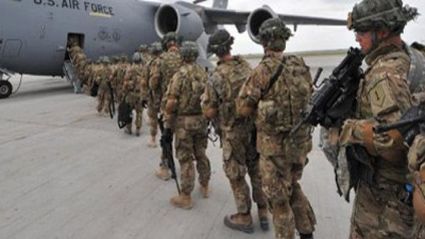 US Marines on the way to the Persian Gulf

Washington (dpa) - The United States approved the deployment of 1,500 military personnel to the Middle East on Friday, in a move meant to counter Iran as tensions continued to escalate between the two countries.

The troop movement include a Patriot anti-missile battalion, a fighter aircraft squadron and surveillance aircraft, in addition to other units.

This is a "prudent defensive measure and intended to reduce the possibility of future hostilities," Acting Defense Secretary Pat Shanahan said in a statement.

US President Donald Trump confirmed the approval, which he said was "mostly protective," as he briefly spoke with reporters outside the White House before leaving for Japan.

"Some very talented people are going to the Middle East right now, and we'll see what happens," Trump said, adding that the deployment was a "relatively small number."

"I don't think Iran wants to fight, and I certainly don't think they want to fight with us," Trump said. He said the US would not allow Iran to obtain nuclear weapons.

The US pulled out of the 2015 nuclear deal with Iran last year and imposed a raft of strict sanctions aimed at crippling Iran's economy, despite no sign that Tehran had violated the agreement. The deal aimed to prevent Iran from developing nuclear weapons.

This week, Iran quadrupled uranium production at a central plant after announcing earlier in the month that it would stop implementing some key provisions of the deal, citing the US exit and the sanctions, which have been heavily damaging to the local economy.

Britain, France, Germany, Russia and China - the other parties to the deal - have struggled keep it alive without the US on board. Washington's European allies have been angered by the withdrawal and expressed concerns about escalations in the region.

Also on Friday, US Secretary of State Mike Pompeo bypassed lawmakers in the country's Congress to push through arms sales worth 8.1 billion dollars to Saudi Arabia, the United Arab Emirates and Jordan.

Pompeo justified the move in a statement, saying it would "deter Iranian aggression and build partner self-defense capacity." 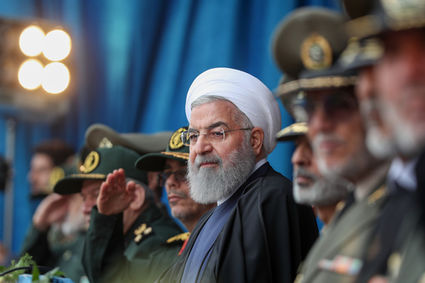 US officials in recent weeks indicated they perceived threats to their interests from Iran and Iranian allies in the wider Middle East.

This month, the US brought forward the deployment of the USS Abraham Lincoln Carrier Strike Group, and followed this with an advanced dispatch of the USS Arlington, an amphibious assault ship, and a Patriot missile interceptor battery.

Key lawmakers, notably from the opposition Democratic Party, have expressed concerns about escalating tensions and are demanding the White House involve Congress in any decisions about war. Some fear the administration is inflating the level of the threat.

Trump had repeatedly expressed displeasure over Iran's foreign policy, including support for groups opposed to Israel and Saudi Arabia.