Wolves were reintroduced to the wild in Germany some 20 years ago. Their population has grown well beyond expectations, and frightened residents of some rural areas say entire packs are wandering through their villages at night. They say something must be done. 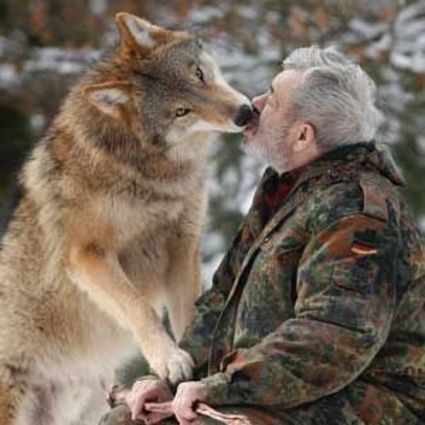 Werner Freund's wolf sanctuary in Saarland, Germany is shown in photos. The German man who lives among wolves.

Dresden, Germany (dpa) - Dense forests and sprawling fields are dotted with farms and villages with small houses and large gardens. The idyllic landscape north of Goerlitz in the German state of Saxony radiates peace and quiet.

But ever since the Upper Lusatia region became home to one of Europe's biggest populations of wolves, that peace has been shattered.

Since the reintroduction of the protected animals about 20 years ago, the wolf population has soared and spread from east to west. They no longer live only in deserted areas and forests, but increasingly also in populated areas such as here in Upper Lusatia.

Saxony is now putting pressure on the federal government to take action. The issue has already caused friction in the cabinet, with the country's environment and agriculture ministers at loggerheads on how best to deal with the wolf issue.

Saxony has been joined by the state of Mecklenburg-Vorpommern in launching an initiative in Germany's upper house, the Bundesrat, that aims at a stronger containment of wolves. The issue is also becoming heated in other states such as Brandenburg, Saxony-Anhalt and Lower Saxony, where wolves are reported to have repeatedly attacked sheep and other livestock.

"Wherever they are, they cause a lot of trouble," says Hans-Dietmar Dohrmann, the former mayor of the small town of Rothenburg in Saxony, as he clicks through photos and videos of wolf packs taken by wildlife cameras and hunters.

"Every night we hear wolves howling at the old airfield, sometimes from three directions," says Dohrmann. And it's getting more intense. "In October 2018, a man looked out of the window in the dark and there were 10 or 11 wolves in his yard right under the bedroom window." The animals now also move through villages in packs. "They don't break away, they look at you but keep their distance."

This frightens many local people: Children no longer walk to school or cycle in the country, reports Dohrmann. People don't go mushroom and blueberry hunting alone in the forest any more, either. There are even wolves that approach people and test their reactions.

But people have also learned to deal with it. "We are simply more vigilant than before," says a woman in Lodenau, a district of Rothenburg. You can't barricade yourself in, she says. "We've got used to the wolves."

Their presence also has consequences for the local wildlife. The wolf has wiped out the mouflon, a species of wild sheep, in the region around Rothenburg. Even high protective fences with barbed wire or rubber bullets don't deter wolves if they are hungry and the prey is right in front of them.

"We experience the wolf every day," says chicken breeder Guenter Proetzig. In his farm near the village of Neisseaue, 22,000 laying hens live outdoors and have to be kept in the stable at night. Ever since a farm employee met a wolf at dusk, the other workers have refused to come to work in the dark to bring the chickens into the stable.

"The wolf is part of nature, but must be regulated just like other wildlife. It has no business in villages," says Proetzig.

"We hear the dogs barking at night and know they're going through the village again," says his friend Gerd Eberle. If you can see one, it's certain eight or 10 will be following, he says.

Upper Lusatia, a region that spans parts of Germany and Poland, now has the highest wolf density in the whole of Europe, with several packs per four square kilometres, a density greater than experts thought possible. But experts consider it highly unlikely, although not completely impossible, that a wolf would ever attack a human.

"If we look at the countries where the wolf has always been present, we can be reassured," says expert and author Frank Fass, who runs a wolf centre in Lower Saxony. "Attacks by wolves on humans have been extremely rare there so far."

According to a Norwegian study, nine people were killed by wolves throughout Europe between 1950 and 2000 - with an estimated 10,000 to 20,000 wolves present at the end of this period. Five of the wolves were rabid, explains Fass.

Author and journalist Elli H Radinger also warns against scaremongering. Wolf parents teach their offspring what safe food is, she says. "We move differently from their 'normal' prey: We walk self-confidently and above all upright."

People have previously been attacked by wolves with rabies, she confirms, but "this disease has long been eradicated in Central Europe." 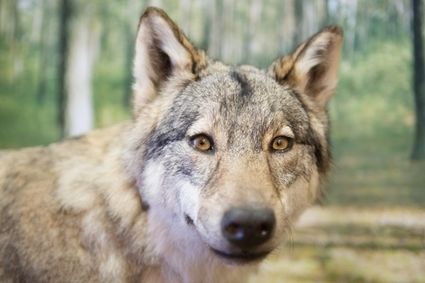 A stuffed wolf at the Erlichthof Rietschen Wolf Museum in Germany. Wolves have become a nuisance to residents in many areas of rural Germany.

Just south of Rothenburg, there is an amusement park with a huge playground, a tree house hotel and animal enclosures. The animals there also have to be brought into the stables at night, and some of the employees feel unsafe, says director Juergen Bergmann.

"A few older colleagues who come to work by bike at dawn are afraid." On the other hand, the visitors, mostly tourists from outside the region, get to experience true nature and a piece of wilderness.

A new law regulating wolves will soon apply in Saxony. In the future, wolves may be driven away if they approach a residential building or a person less than 100 meters away, do not let themselves be frightened away and public life is disturbed.

If they overcome the protective measures for farm animals twice within two weeks or get within 30 meters of humans and no other deterrence is successful, the animals may also be shot.