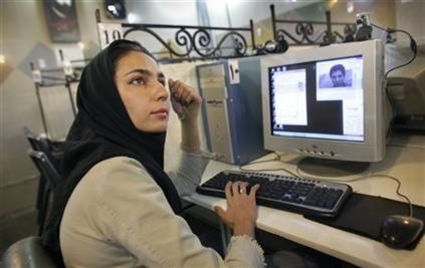 Los Angeles (dpa) - Facebook on Tuesday said it had again deleted dozens of fake accounts, groups and pages that it said were involved in "coordinated inauthentic behavior" that originated in Iran.

Fifty-one fake accounts, 36 pages, seven pages and three Instagram accounts run by people who "misled people about who they were and what they were doing" were taken down, the social media giant said in a statement written by Nathaniel Gleicher, its head of cybersecurity policy.

The content dealt with issues such as US secessionist movements, Islam, Arab minorities in Iran, and Saudi Arabia's influence in the Middle East.

Gleicher said those running the accounts typically posted in English or Arabic without a focus on a particular country but some pages discussed public figures and politics in the US and Britain.

About 21,000 accounts followed one or more of the Facebook pages, Gleicher said.

In January Facebook said it had removed 365 fake accounts and hundreds of fake pages and Instagram profiles directed from Iran. Around 2 million users subscribed to at least one of the Facebook pages.

But those accounts were dwarfed by the more than 3 billion it said last week it had disabled overall between September and March.

The Iranian Cyber Army is an Iranian computer hacker group. It is thought to be connected to Iranian government, although it is not officially recognized as an entity by the government. It has pledged loyalty to Supreme Leader of Iran. 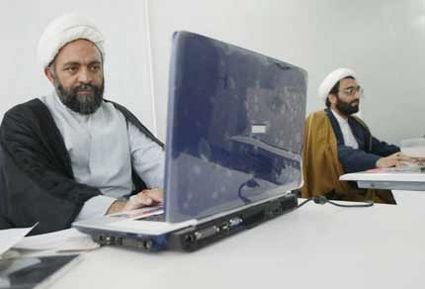 According to Tehran Bureau, the Islamic Revolutionary Guard initiated plans for the formation of an Iranian Cyber Army in 2005. The organization is believed to have been commanded by Mohammad Hussein Tajik until his assassination.

The group has claimed responsibility for several attacks conducted over the Internet since 2009, most notably attacks against Baidu and Twitter. The attack against Baidu resulted in the so-called Sino-Iranian Hacker War. In 2012, a group self-identified as "Parastoo" (Persian: پرستو‎ - Swallow) hacked the International Atomic Energy Agency's servers: the Iranian Cyber Army is suspected of being behind the attack.

In 2013, a general in the Islamic Revolutionary Guards stated that Iran had "the 4th biggest cyber power among the world's cyber armies", a claim supported by the Israeli Institute for National Security Studies.