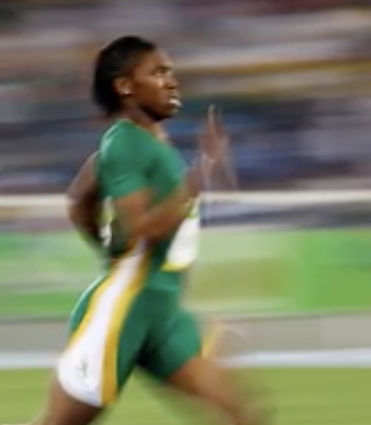 The Court of Arbitration for Sport (CAS) in Lausanne, Switzerland had ruled in favor of the international athletic federation IAAF.

On filing the appeal to Federal Supreme Court of Switzerland , Semenya said in a statement: "I am a woman and I am a world-class athlete. The IAAF will not drug me or stop me from being who I am."

Semenya will ask the Swiss court "to set aside the decision of the CAS in its entirety," and said the focus of the appeal will be on "fundamental human rights."

The Swiss court will be asked if requirements for compulsory drug interventions "violate essential and widely recognized public policy values, including the prohibition against discrimination, the right to physical integrity, the right to economic freedom, and respect for human dignity."

CAS earlier this month ruled against Semenya's challenge to rules from IAAF preventing her from running in events from 400m to the mile unless she agrees to take medication to lower her testosterone level.

After Semenya burst onto the scene in 2009, she had to undergo gender verification tests. Results were never published but Semenya is believed to be intersex, with a much higher testosterone level than other women.

The 800m world and Olympic champion was quoted as saying after running on May 3 at the Diamond League meet in Doha that she would not take medication.

Following her victory at the 2009 World Championships, it was announced that she had been subjected to sex testing. She was withdrawn from international competition until 6 July 2010 when the IAAF cleared her to return to competition. In 2010, the British magazine New Statesman included Semenya in a list of "50 People That Matter 2010".

Under the new rule, athletes with differences in sexual development will have to keep their testosterone levels under 5 nanomoles per liter. In the IAAF's case, they noted that elite female athletes tend to have natural testosterone levels of approximately .12 to 1.79 nanomoles per liter. If an athlete with naturally higher levels of testosterone opts not to take medication, they will have to race against men or compete in a division against intersex athletes-if that is presented as an option. The rule impacts athletes in events from 400 meters to the mile. Athletes with differences of sexual development will have to undergo a blood test on May 8 to monitor their eligibility for the IAAF World Championships in September or 2020 Olympics in Tokyo, if they wish to compete in those distances. 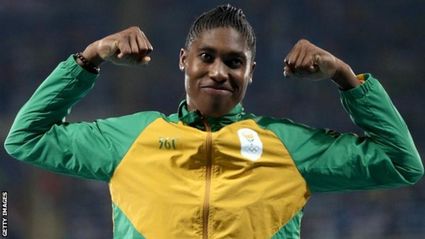 After her win in the 800 meters at the Doha Diamond League meet on May 3, Semenya has told reporters that she will not take any medication to comply with the new rules. She will be racing in a 2,000-meter race in France on June 11th and in the 3,000 meters at the Prefontaine Classic at Stanford University on June 30th. Both races avoid the new rule on testosterone limits.

If the rule holds up after the appeal, Semenya would not be able to defend her gold medal in the 800 meters at the 2019 IAAF World Championships this fall. Semenya has no plans of retiring so an unsuccessful appeal would mean she has to move up in distance to the 5,000 meters or down to the 200 meters, where her medal chances are not as great.